DiRTy Technology – how to use technology to affect impact on feedback 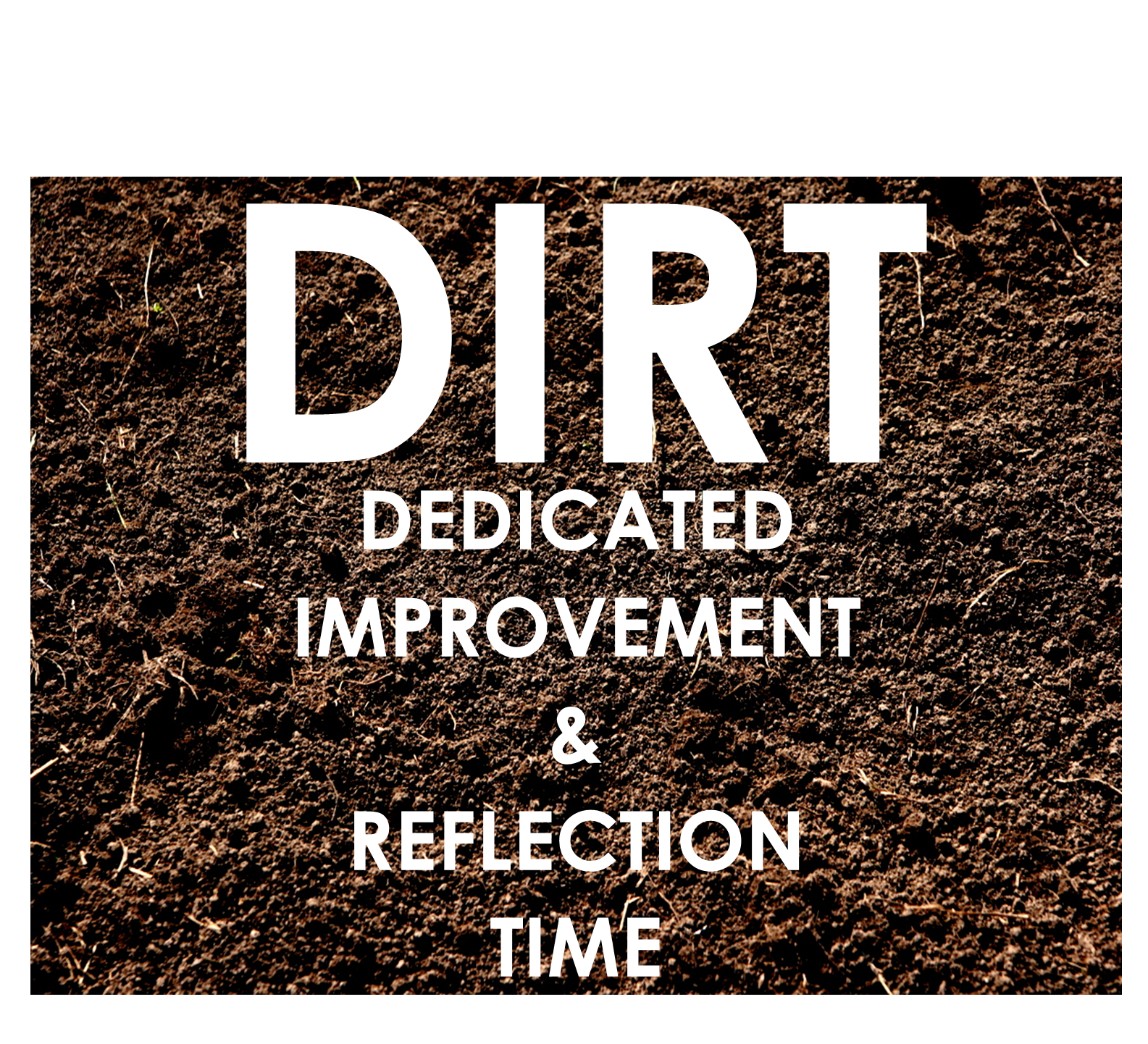 Now I’m hoping that with a title to the post as it is I don’t end up being put on every filter list going – as educators reading this you will probably know that I am of course talking about ‘Dedicated Improvement and Reflection Time’. Championed by @jackiebeere in many of her brilliant books and Quigley. Rewriting the wheel is not what i’m about here – what I do want to do though is talk about how I’m embedding DIRT in to my classroom making use of technology.

Yes, it is as Quigley recommends: 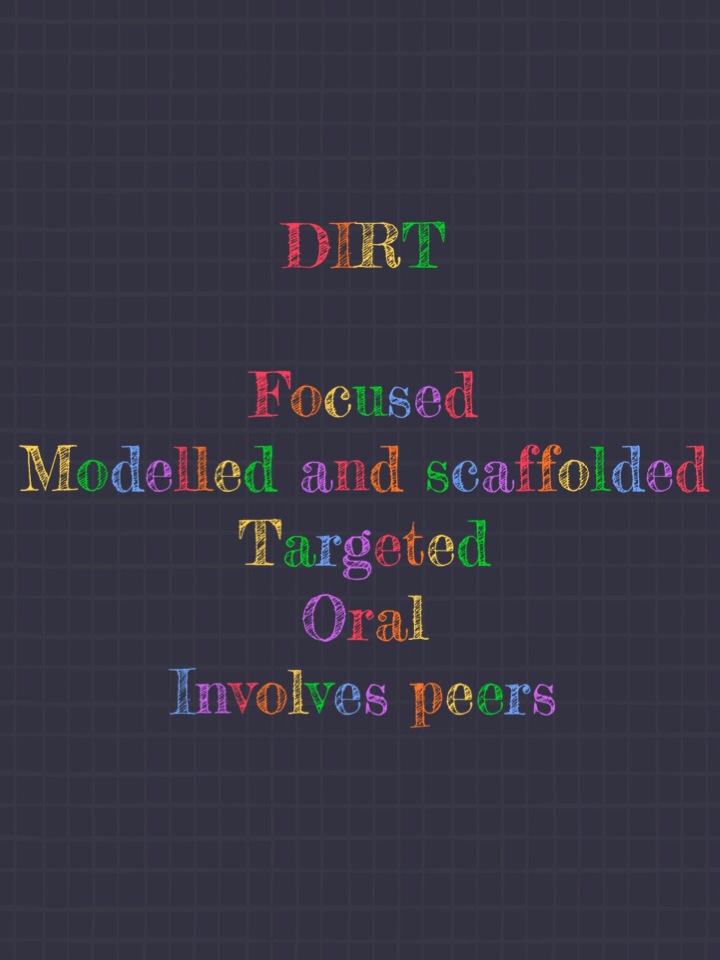 Using this poster makes it seem more important. This caption may seem flippant but reminding ourselves of what DIRT should be is actually helpful.

So how are we doing it?

The simple answer is ‘Showbie’. With a Showbie Pro account we are able to set all the assignments we want for all of our classes and make great use of the tool to facilitate all of the different aspects of the feedback model.

Students have time in lesson to reflect upon their feedback which appears in their submitted assignment folder. As Showbie is on a simple level a repository for files, you can put any number of different types of feedback in there, from an annotated Word file (which is what I do mostly with a section on WWW and EBI among other sections, such as student reflection) to a full on Explain Everything feedback video.

I’m modelling and scaffolding their responses in a number of ways. Firstly I’ve got a feedback template. Nothing sexy, it’s just a simple template (not even made by me) in Word format which has space for the date of the feedback, their target minimum grade / level, something which states what their piece of work is, a WWW (what went well) section, an EBI (even better if) section and a student response section. It looks like this when you screenshot it from your iPad: 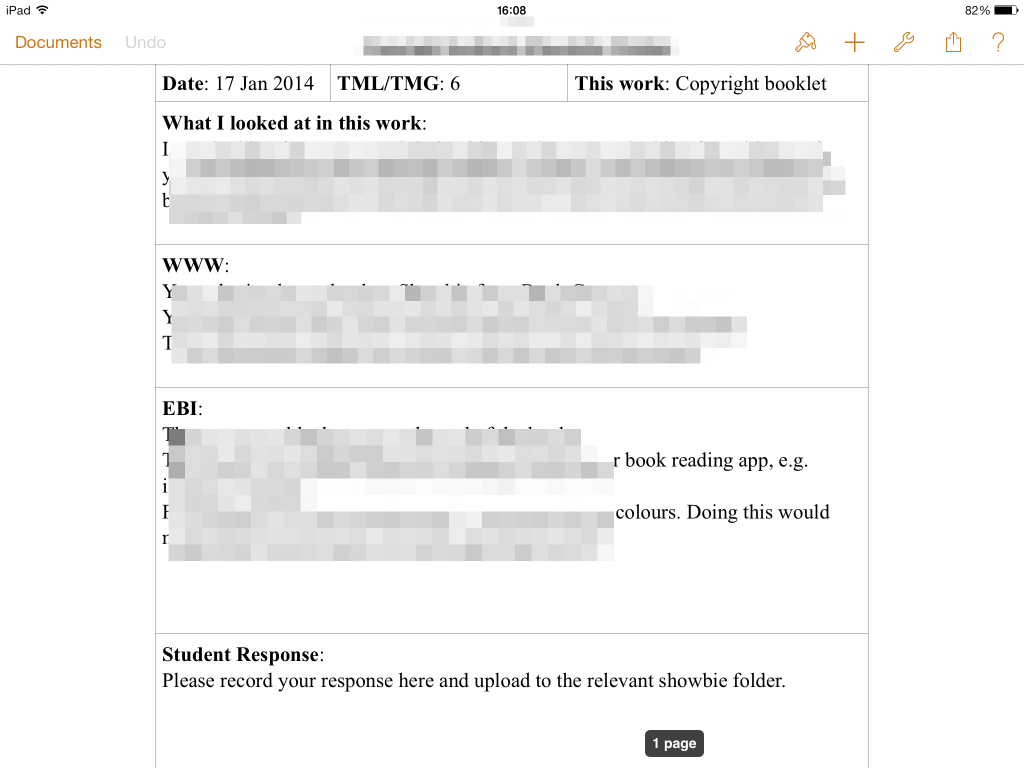 For those staff who like things a bit more analogue, I did however design a label which can go in to books which is being used as a sticker by some colleagues in their lessons:

…and the technology helps me to do that. Showbie lets me know when work has been submitted, when students have responded to feedback, developed their work, so forth and so on. It’s great!

I love giving oral feedback. So do lots of my students, particularly those who are dyslexic. I like it because I can use technology, particularly with apps such as Explain Everything (read more here), to give much more detailed feedback than I would be able to do just through handwriting or typing along. Showbie enables me to take the feedback to the next level. In Showbie I can record voice notes (as seen in the feedback pane below). What I ask students to do then is write up their next steps and their understanding of the feedback given, just within a note, actually within that assignment within Showbie itself. Magic! 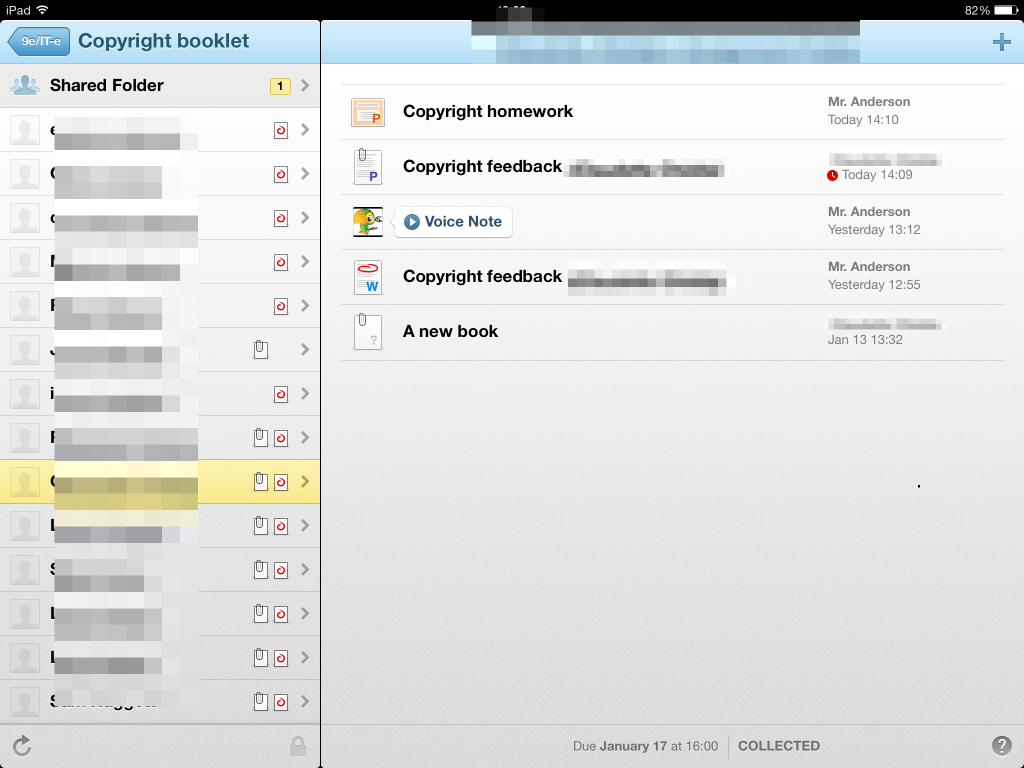 This is where I think the power of mobile technology really helps with the feedback. I have been asking for students with their iPads to not only ask their peers to give them feedback to feed forward towards developing their work and critiquing (whilst been kind, specific and helpful – thanks!) but I’ve also been asking the students to ask their parents to give some verbal feedback on the school work of their children. Not many have done it yet – but some are.

I realise that Showbie isn’t the only way this can be done, but for me – it’s a great win. If you’d like to find out more about Showbie and its many more features than I’ve talked about here, download the app and have a play around – it’s free (although note that not all features are free and would involve the purchase of a Pro account).