What I learned about edtech in Finland at #SETTFIN

By Mark AndersonSeptember 18, 2018No Comments 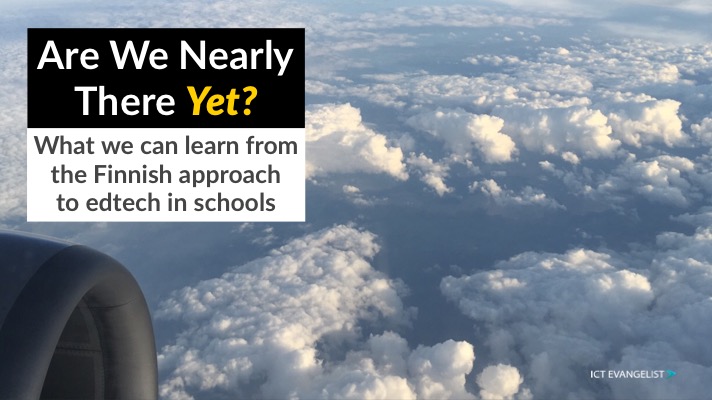 I am very lucky to do what I do. People often say the loveliest things about the work that I do and it’s always very intrinsically rewarding to know that the work I’ve done has had an impact on a teacher, a school or an individual.

As I have shared before, I got into teaching to try and make a difference and it’s that mantra that stays with me today with what I do as I work freelance. As I leave Helsinki following the SETTFIN conference which had a particular focus upon pedagogically sound and research-informed ways in which edtech can support and enhance learning and teaching, I write this on my return flight looking out across the Baltic Sea and reflect upon my last two days at the event. 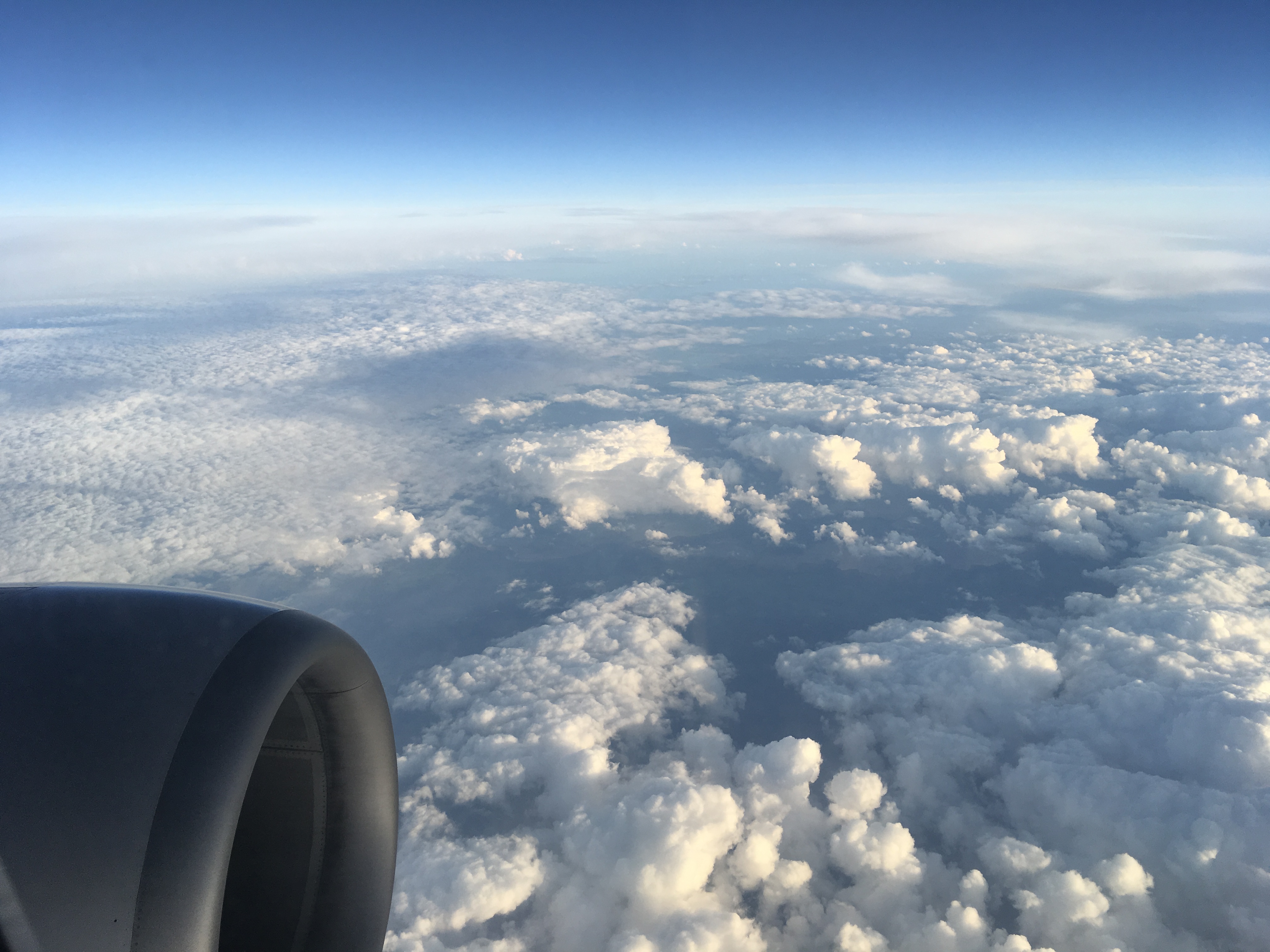 It is true to say that it isn’t very often that I leave an event feeling just as inspired as everyone else who has attended.

I shouldn’t be surprised though. As a country who is always near the top rankings in the PISA tables for having the best education system in the world, of course, I should have realised I would meet some amazing educators and companies doing some amazing things. 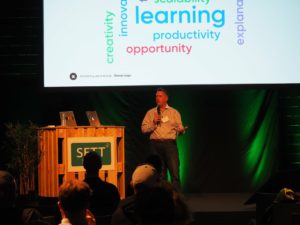 Experiences such as meeting Aleksi Komu and Sanna Metsälä and hearing from them about their groundbreaking and GESS award-winning project promoting critical thinking, creativity, communication and collaboration, really got me thinking.

Meeting and working with Olli Valla from Kokoa Standard was another highlight.

Kokoa Standard is an edtech startup looking to provide a framework and an evaluation tool for checking the pedagogical value and efficacy of edtech as a means to help schools make informed decisions about their purchasing decisions. Their framework comes off the back of research undertaken in schools and informed by classroom practice and years of planning. I would strongly urge you to find out more by visiting their site here.

One of my most interesting conversations during my time in Helsinki was with political scientist and head of Finland’s innovation unit, Niko Lindholm. He explained to me that he perceived Finland’s education system being created off the back of developing an education system that would help the comparatively small Finnish population perform well on the global stage. A system created to help its population be strong in the world economy, particularly as a country on the edge of Europe and without access to many natural resources such as oil to make Finland a big player on the world stage.

He reminisced however that nobody was as surprised as the Finns when the first set of PISA results came out and Finland’s education system ranked at the top. When that happened they unpicked what it was that actually made their education system so special and impactful when compared to others on the global stage.

Many will know that Finnish teachers command similar respect to that of other professionals such as lawyers or doctors but additionally that in order to be a teacher in Finland, you need to have completed further study to at least a Masters level. The competition for places to study to become a teacher are fierce. Speaking with Niko reminded me of Sam Seaborne’s (played by Rob Lowe) speech in ‘The West Wing’ about education where he said: 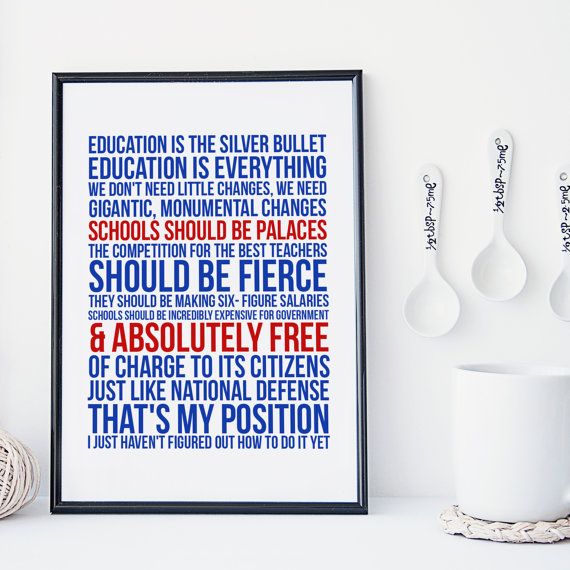 What he postulated was that because there is a research-informed teaching workforce compared to that of other countries, the impact of this approach has been huge in terms of the quality and depth of focus of teachers working at the chalkface. This super-positive impact upon their approach to teaching and learning in the classroom is further reinforced by some other interesting factors… 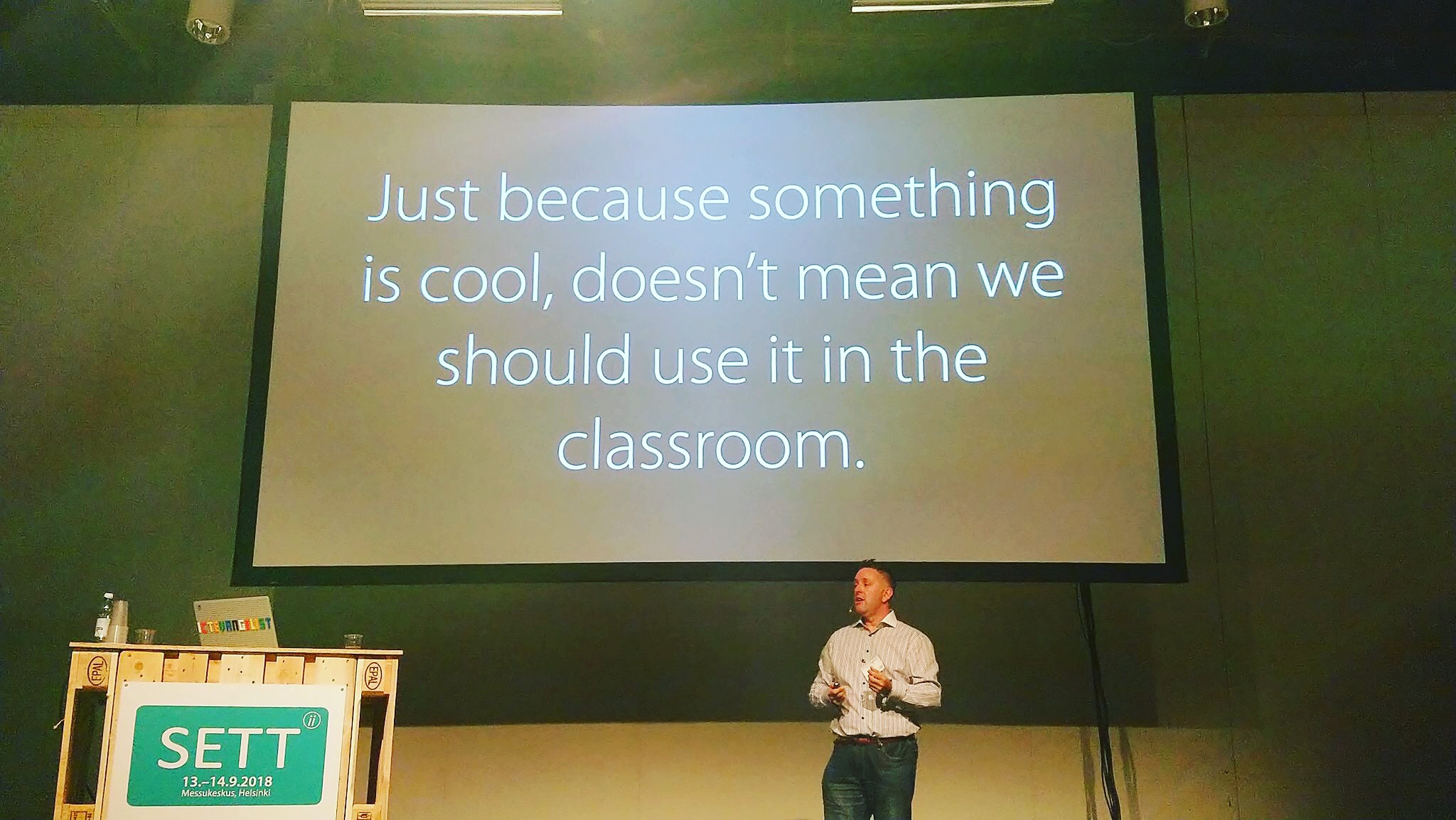 As someone who has been a teacher across many British Governments, I have seen first hand the turmoil the impact of this changing of the guard has had on Education. From Blair and his ‘education, education, education’ furore, ‘building schools for the future’, changing Ofsted frameworks, different curriculum frameworks and what appears to me now as being the ‘shiny shiny’ magpie-like chasing of consecutive Tory Education ministers, what actually works in education is consistency over long periods of time.

Lindholm explained that what has proven to work with the Finnish system has worked because teachers and schools don’t have to keep learning and relearning their practice based upon the whims of changing governments or education ministers. They have lots of autonomy to do what works best in their classrooms and schools. Education reform (when it happens) is something that takes years. Many, many years. It is research-informed. It is not subject to the whims of someone without a background in education… And it is this approach that he takes to the running of the Innovation Unit of the City of Helsinki.

Many may not know (I didn’t!) that curricula in Finnish schools is co-created with the students of the schools on a school-by-school basis across the country. I do not profess to be an expert in the Finnish education system. I have however read and discussed first-hand about the impact of co-creating curricula with teachers and students, such as Tom Sherrington and students from his former school, King Edward VI Grammar in Chelmsford. The impact of co-creation of curricula was significant.

What Niko has done with his team at the Innovation Unit is really quite groundbreaking. In a similar way to how in PBL teachers are viewed as designers, he has taken the idea of schools as being centres of innovation and change agents. What he and his team have been doing is asking edtech companies who wish to work with schools to (in order to gain the contract to be used in the schools in Helsinki) to co-create the software with teachers in order for it to be as impactful as possible. Companies have had to bid to be involved in this process. They don’t bid to him. They bid to the teachers. The edtech companies work with and listen to teachers. Teachers, if they are not happy with the product and the outcome the product has aimed to achieve hold the key to the success of the companies gaining their contract.

Imagine if all edtech was created this way? My mind simply boggles at that prospect. Certainly linking closely to Olli Vallo’s work with his team at Kokoa it is about time that edtech companies actually stopped for a second with their claims on the outcomes and efficacy of what their products can achieve in schools. Imagine if ALL edtech had to be cleared with teachers in a school before the school purchased it and it had to meet strict pedagogical efficacy guidelines through a toolkit such as Kokoa Standard.

In my keynote at the conference I asked the question, “Are We Nearly There Yet?”…. for the first time in my career, with the refreshing change that for an edtech conference I think I must have only discussed actual technology once or twice… (the majority of conversations being about teaching, learning, pedagogy and impact), we really might be getting close!