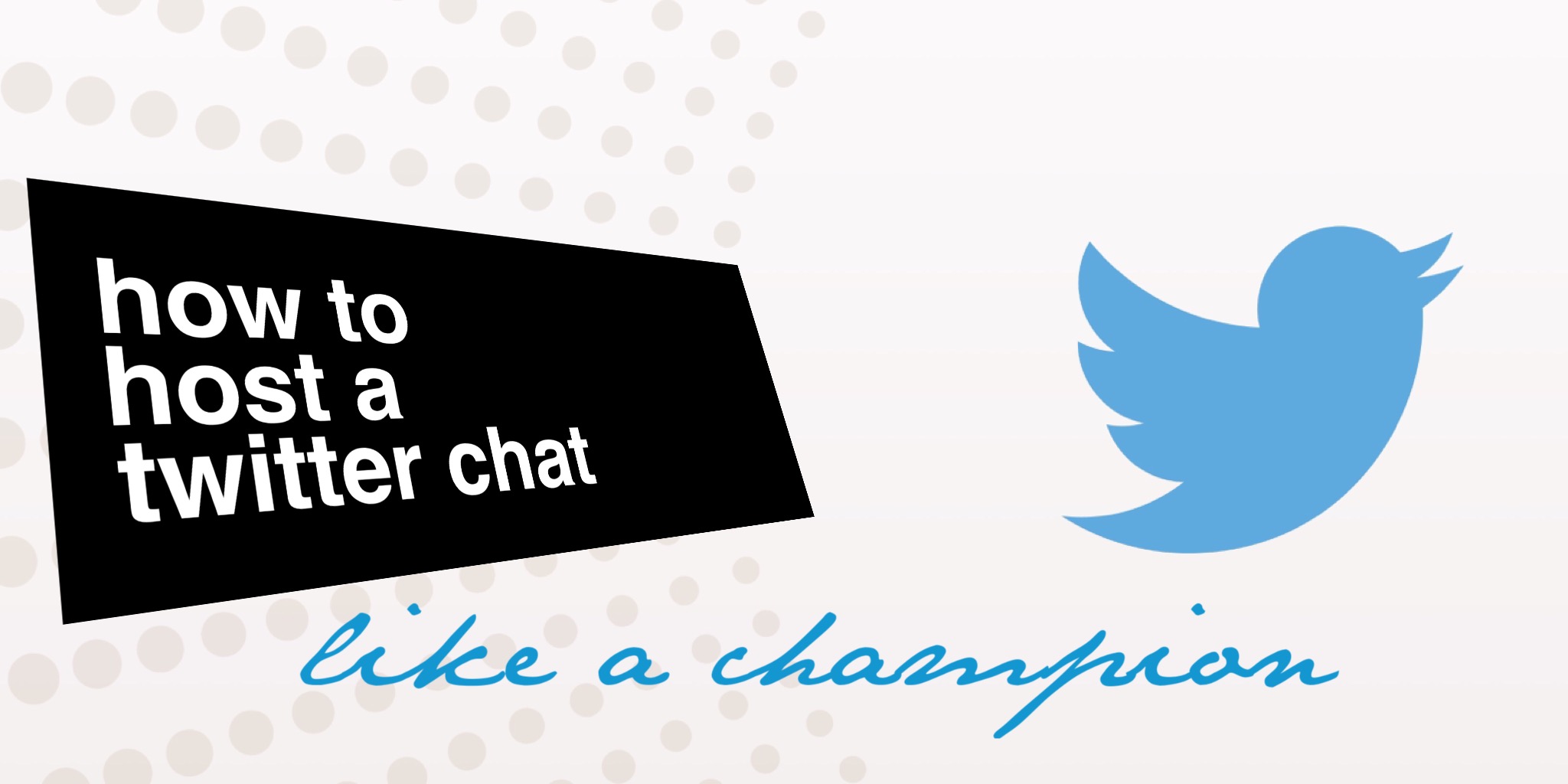 To coin a phrase, have you ever wondered how to host a Twitter chat like a champion? I’ve been fortunate enough to have been asked to host a number of different Twitter chats over the years such as #SLTchat, #ukedchat, #BETTchat, #aussieED etc. and as I’ve done more and more of them, I’ve learned more too about how to make them run as smoothly as possible. I’ve made mistakes too as some of you may remember from a #ukedchat I hosted some time ago which turned in to a debate about biscuit choice in the staffroom, however – there are a number of key things that you might like to take on board from the following post.

1. First thing to do is to let people know it’s taking place. You can make yourself a simple graphic to help promote it and then when you tweet it, tag a few friends or other Twitter folk to make them aware that the chat is taking place and what the topic is. An example of this is the image below. I am due to host ClassDojo’s #dojochatEU this evening and so I made this simple graphic using two apps on my iPhone; Typorama and Union. I used Typorama to make the basic graphic and Union to add in the ClassDojo ‘Mojo’ character to the image. 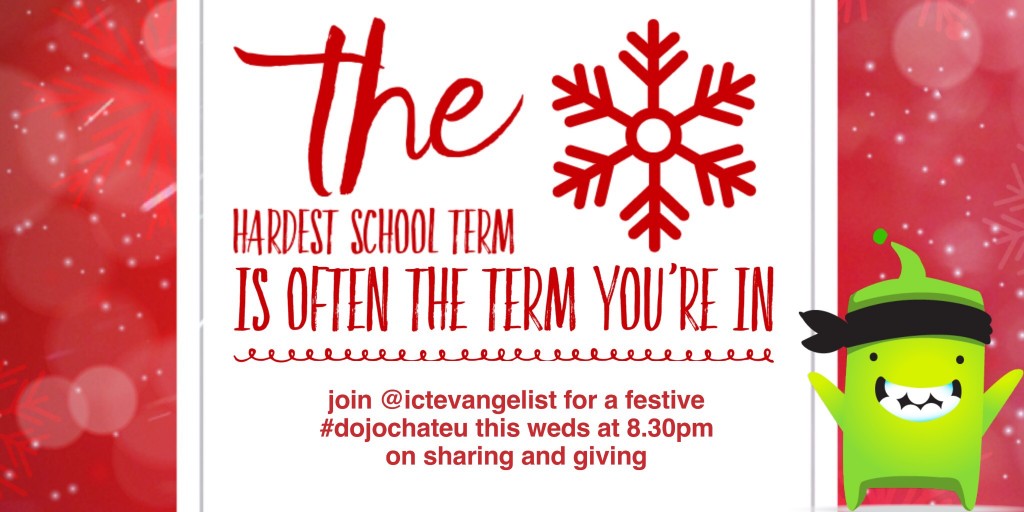 2. The next thing I like to think about ahead of time are the questions that I would like to ask. Generally I’ll come up with 6 questions for an hour long chat. I will tend to try and map out questions and other tweets that I will want to type. This might seem like over organisation but the reasoning behind that will become clear in a moment. 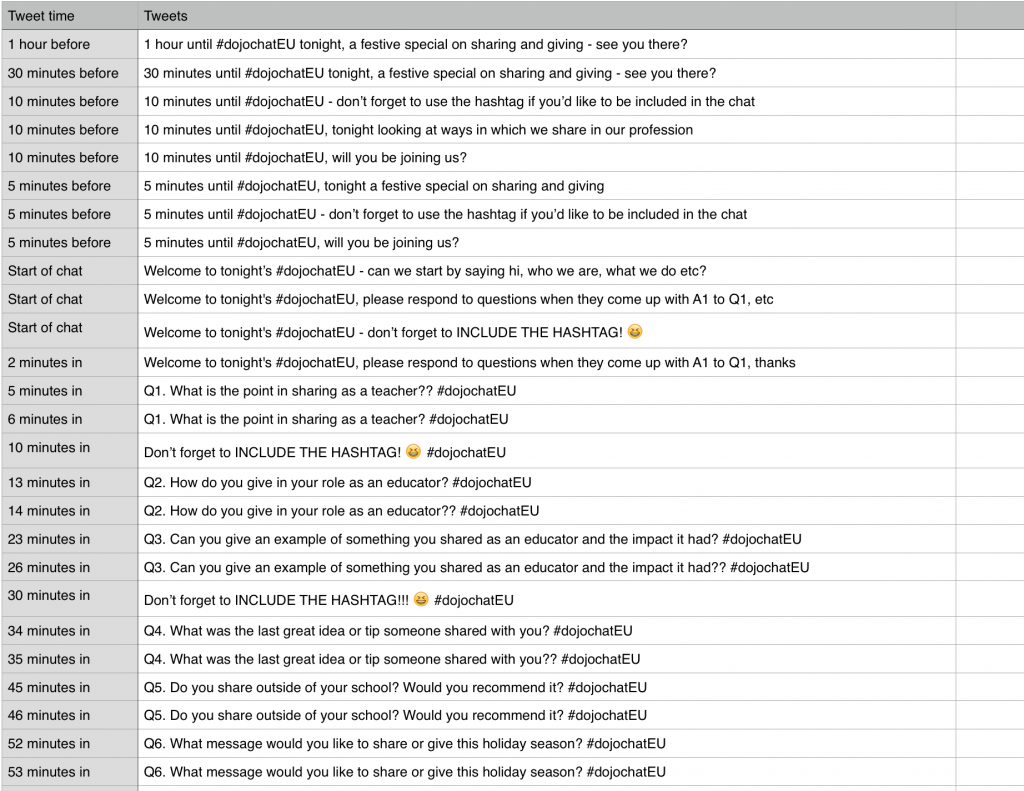 3. Above, you’ll see the tweets I plan to tweet tonight in the #dojochatEU chat. The reason why I do this with chats is, particularly with ultra busy chats such as #SLTChat, #aussieED etc is that when you’re hosting, you really want to ensure you can engage with the people participating in the chat. If you have to spend time writing / composing those tweets during the chat, that takes away precious time. For example, when I was hosting #aussieED, I was seeing something like 40 tweets per minute. If I take 2 minutes or so to compose a tweet and then send it, I could have missed 80 opportunities to read tweets and engage with participants; that’s not great.

4. What I do next is one of two things, and again, whether or not you choose to do them is up to you. More often than not, this stage includes making visualisations for each of the questions. Again, I normally use Typorama for this for its quick and easy way of creating pleasing looking, clear, legible typography images. For example: 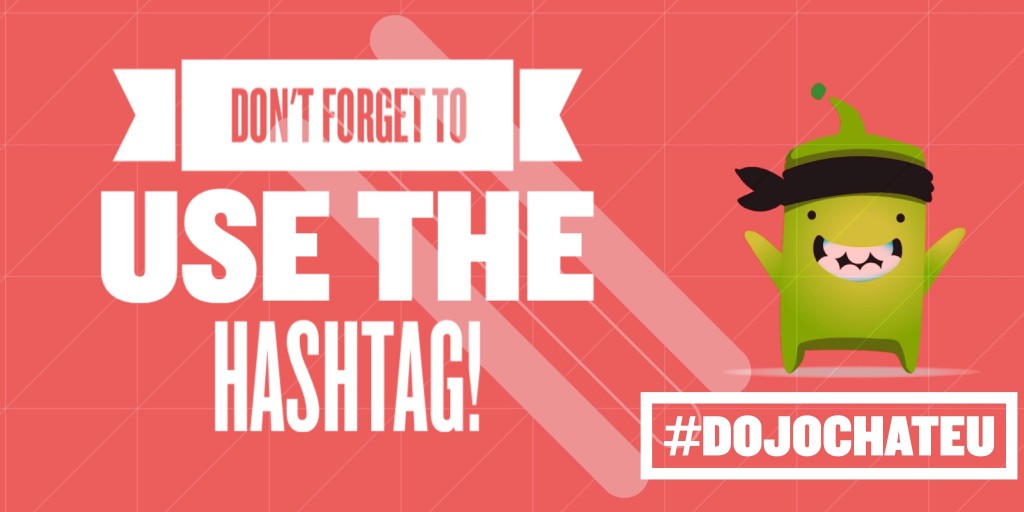 Here, I have used Union to make the basic background with Mojo, then opened in ‘Tangent‘ to create the geometrical shapes. I then opened it in Typorama to add in the text. The background image was then used to generate images for all of the questions in the chat.

Those of you savvy enough to Twitter may have noticed that my character length on some of my questions will be too long for my tweets, the images give me space to add the characters that I may well be unable to add to the tweet due to character limitations. For example: 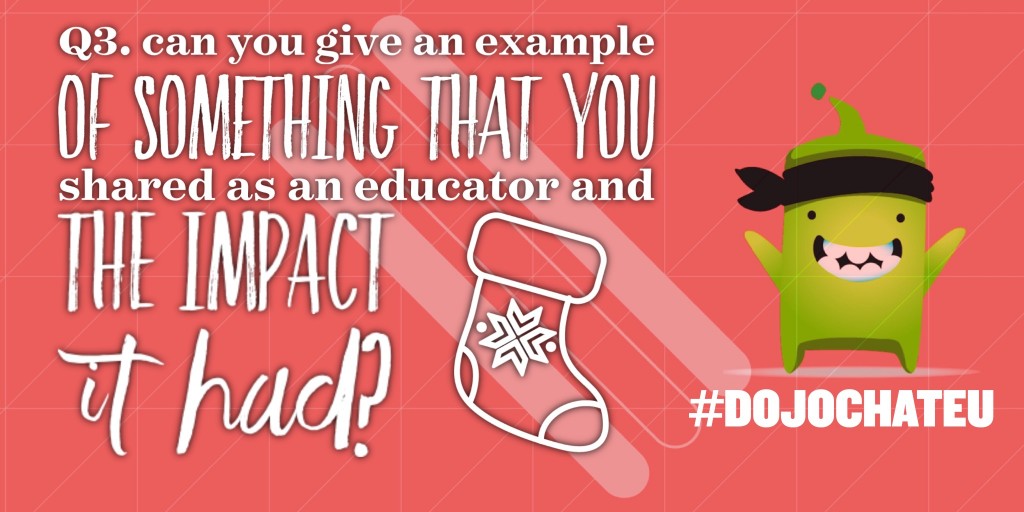 Additionally, you’ll notice that some of my tweets are repeated. Twitter will not allow you to tweet the same tweet more than once so try to include different characters if you want to repeat the same message or question within your tweets.

5. What I do now is go to Tweetdeck and I schedule the tweets, based upon the timings I have allocated in my Tweet planning. Tweetdeck is a free Twitter tool that works in Chrome or Firefox browsers. I tend to use Chrome, so I have it installed in my Chrome browser via the Chrome Web Store.

In Tweetdeck, simply write your tweet (or copy and paste it if you’ve planned it like I have) and then simply schedule the tweet by clicking ‘schedule’ after you have entered the time you wish the tweet to appear.

Once you have done that, you’ll see your tweets appear in your scheduled tweets column in Tweetdeck, like below:

The key thing for me when I host a Twitter chat (and anything that I approach, really) is that I don’t leave its (or my) success to chance. If I could criticise anything it would be that by pre-setting the questions I don’t give room for questions to go off on a tangent, should that opportunity arise because the questions will still come out because they’re scheduled. I get that argument and it would be nice to facilitate that. That said, in my experience of debating and chairing debates, the questions are prepared beforehand and so I’m not going to lose any sleep over it.

Some people might think this is over preparation. Perhaps… It takes me about 30 minutes to do this. The process of creating everything for tonight’s chat and writing this post has taken me about 60 minutes alongside some other jobs I’ve been doing too. Whether you choose to work like this or not is up to you. For me though, being able to engage more with participants in the Twitter chat mean that this way of working makes it run as smoothly as possible for me and how I do it. Either way, I do hope that you find it useful, even if it was just finding the ‘Union’ app, to overlay different images.

I’m sure that I will probably have missed something out here – if you have any top tips for running a Twitter chat then I’d love to hear about it in the comments below. In the meantime though, have a great day!