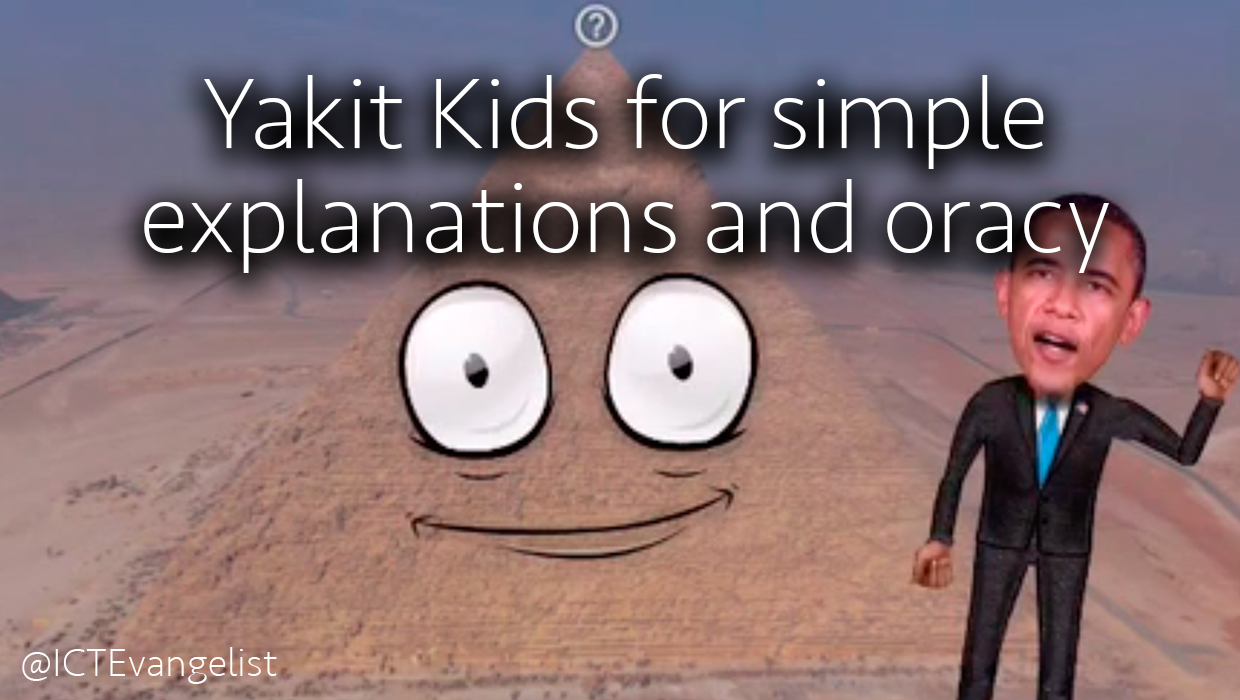 If you aren’t aware of Yakit Kids, where have you been? Yakit Kids is a free iPhone (which works on iPad) app that is super simple to use, great fun, but scalable in terms of its potential impact.

Simply ask children to either screenshot or grab an image / photo of the item that you would like them to explain their knowledge of (for example, the Pyramids as shown in the example video below). Next, add that image to Yakit Kids, add some facial features, hit record and away you go. I could make a screencast demonstrating how to use it, but if you can’t then give your iPad to a child and they will work it out in about 30 seconds, it’s that simple.

We should know that asking children to explain their understanding of a topic or other piece of learning is good for many reasons, some of which are outlined here. Oracy plays a hugely significant role in the development of writing, comprehension, discussion – the list goes on. Apps such as Yakit Kids (you also might like to try MSQRD and ChatterPix Kids – both free) can be of great help in this regard.