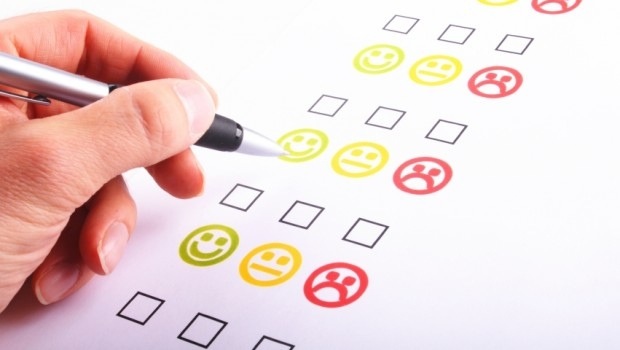 Today the response is by @crispinweston. Thank you to him for his detailed response.

A bit about yourself:

I taught for 10 years. After my PGCE in 1990, I immediately became interested (a) in the *potential* of ed-tech, (b) in the requirement for ed-specific software development, (c) in the requirement for data interoperabilty if useful ed-tech was to be developed. In 1996, I participated in BESA’s Open Integrated Learning System (OILS) initiative in. I played active part in getting DfE to set up Learning Platform Stakeholders Group in 2003 (in response to perceived interoperability deficit in Curriculum Online). This group worked for 18 months until it was closed by Becta, who then launched the disastrous Learning Services procurement of 2006. I referred this to the European Commission because various criteria stated as being mandatory were secretly suspended in order to ensure that the bidders that Becta favoured got through the selection. I set up SALTIS as BESA working group to try and address the underlying problem with interoperability, providing the consultative platform for a mis-managed Becta project to improve VLE interoperability in 2009-10. I now chair BSI’s expert committee on standards for learning technology and blog at www.EdTechNow.net, continuing to advocate government action to address interoperability.w.net.

1. What place, if any, has technology got in education?

All answers to this question can be reduced to two: 1. Technology as an *end* of education, to teach children what they need to know, either in preparation for technical jobs, or for everyday life, or giving them the general intellectual foundations e.g. of systems design etc. 2. Technology as a *means* of education, to improve teaching and learning. These two objectives have been conflated under the term ICT (an argument made forcefully by the Royal Society’s report “Shut down or restart?”). There may of course be synergies between the two (e.g. students might need to know about technology if they are going to use it to enhance their learning) – but there might equally well be antagonisms (e.g. in the distraction of social networking, pointless prettification of work or pointless accumulation of factual information, or plagiarism). To examine both dispassionately, it is necessary to recognise that they represent different objectives. In respect of point 1, I support the greater emphasis on academic content: a bit of coding and the understanding of systems design; though I think the curriculum modifications missed out some digital literacy issues, especially in KS2 (including learning to TYPE and the much derided abilty to use common productivity tools). Spongy objectives like “creativity” and using social networks have generally been misunderstood and over-emphasised by the ICT community. In general, social networking promotes consensus and undermines the sort of independent thinking that education, in my book, is there to foster. In respect of point 2, the evidence is pretty clear that nothing much has worked so far. That is because, IMO, the whole prospectus on which digital learning has been rolled out by the ICT community (broadly speaking, “independent learning”) rests on a flawed understanding of pedagogy and learning. This so-called progressive, child-centred outlook is now being seriously challenged by a series of writers, though advocates of ed-tech have not yet caught up. What is going to work is a much more data-driven, process-orientated model which supports, rather than undermines, the leadership role of the teacher.

2. What’s your favourite edtech tool for learning and why?

There are no good learning tools. The industry that is needed to create them has not even been born yet. Most of the developments worth watching are now happening in the US – I would mention Knewton and TinCan API.

3. What are your thoughts on students using mobile devices in the classroom?

1:1 computer ratios are an essential prerequisite for useful ed-tech. So the mobile revolution is critical. But BYOD is something different. There are a number of arguments commonly put forward for BYOD. 1. Banning mobiles is impossible. This is nonsense. 2. Banning mobiles damages motivation (“every switched-off mobile is a switched-off kid”). But unless BYOD is shown to improve learning, then this is simply a form of surrender, turning lessons into playtime simply because the children prefer play to work (at least in the short-term). The emphasis on “fun”, which takes an indulgent attitude to the uneducated ambitions of the child is one of the key reasons why child-centred learning theory is so fundamentally flawed. 3. Often not explicitly stated is the assumption that ed-tech is a vehicle for introducing independent learning to the classroom. Giving students their own technology, under their own control, enforces this model on the teacher by imposing a fundamental loss of teacher control. But – see my comments in answer to question 1 – there is no evidence that the model of independent learning is effective – and this lack of evidence is not for want of looking. 4. That it allows cash-strapped schools to exploit the students’ own technology. Although plausible, I don’t think this argument adds up unless you also accept argument 2. a. The cost of technology is falling all the time and the lack of education-specific software means that the requirements of the first generation of ed-specific software for 1:1 devices will be pretty simple. Cheap clickers will generally do the job. b. Unless the loss of teacher control turns out to be a pedagogical asset (i.e. independent learning turns out to be effective after all), then the loss of control implied by BYOD will involve very significant productivity losses in the classroom, either as a result of distraction or the need to impose extra supervisory & disciplinary effort. You might save a few pennies in resource costs but you will lose this many times over in extra staffing or in the inefficient use of the staff you already have. A final concern about BYOD concerns consumerism in the classroom: equity, jealousy and theft. In practice, I have no strong views on BYOD. Sometimes it will be appropriate; at other times, it will be more trouble than it is worth. It should be left to schools to work out depending on the the nature of their own students. In the meantime, we should be suspicious of people who advocate BYOD as a point of fundamental principle. This is normally a Trojan Horse for the introduction of ineffective pedagogy based on independent learning. Where BYOD is not adopted, there should be ready access to standard clickers, which should be enabled to work with any software through open APIs – i.e. there should be no proprietary coupling of clicker with software. This comes back to the vital importance of interoperability as a prerequsite for the development of useful ed-tech.

Thanks again to Crispin for taking the time to respond.

I have lots more #threequestions to come however the series will be on pause for a little while.