The scourge of in-App purchases 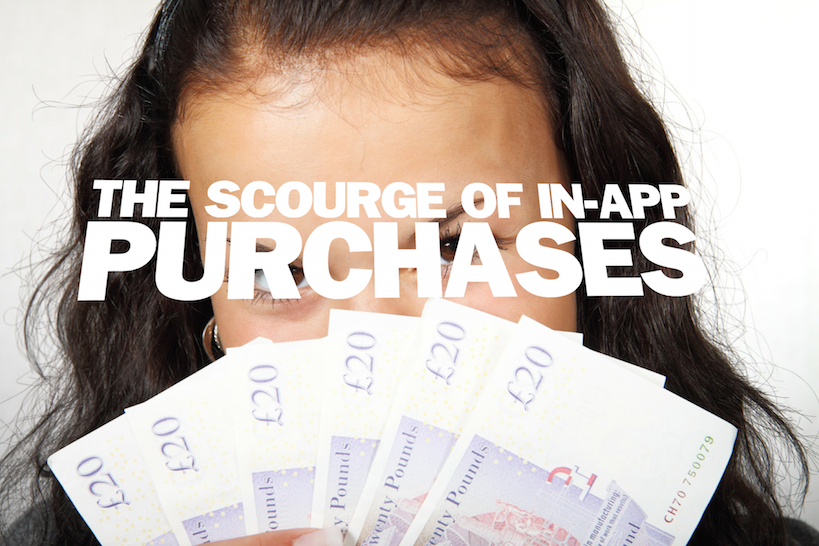 I love technology. Lots of people make a lot of money from it. I get it too. Of course it is fair and right that companies make money from the software and hardware they develop. That’s business.

What I think is deplorable however is companies that will give away their software, in particular games, and then monetise the opportunity to play.

Rightly or wrongly both of my boys have iPhones. Don’t get me wrong. They’re hand-me-downs and contain mostly educational games and there is no SIM card inside. They are essentially posh iPods.

With it being the holidays, I relented and allowed my eldest to access a Spiderman game. He happily played it for a while but then it started saying he had to wait a few minutes to continue playing the game OR pay to get extra lives to carry on playing. The tantrum and upset that then followed was horrible.

Now I would more than happily pay for an App. In fact, in the last five years I dread to think exactly how much I’ve spent on Apps – but I do. After all, it’s correct and only fair. But the in-App purchase model, particularly when it is linked to children, is quite detestable. I suspect I’m not the only person / parent to think so either.

To take this extension further, because this is a thing controlled by the App Store (in this case Apple’s App Store) it reflects back on Apple too. I realise Apple make money on these purchases too but they make plenty enough money already, don’t you think? I realise I am plankton in comparison to the blue whale size of these organisations but I couldn’t sit by and not write something about it. I hate it.

In a similar way, I came across a piece of educational software recently; Earwig academic timelines. Now essentially, I think Earwig is a really decent product for schools. If you haven’t come across it before, it allows schools and its teachers to take photographs and add them to a visual learning timeline. This is great for all sorts of reasons which you can read about on their site. I think it’s a quite lovely product, has really nifty features, has an easy to use App for teachers and is pretty competitively priced.

What I was really disappointed to hear about though was the feature where schools can monetise their installation of Earwig so parents can pay for digital copies of the photos teachers take of their children in their classrooms. If I remember correctly too, for each photograph sold, Earwig make money on that too. Now I don’t know about you, but that doesn’t really sit right with me. The school has already paid for the product, with money that is devolved down to them through taxes. The idea being to help teachers record the academic learning journeys of students and pupils. Given that parents have already paid for this, shouldn’t they then be able to have access to photos of their own children if they want to? They are photos of their children after all.

As a business graduate, I really do get the idea to differentiate your product strategy to attract multiple income streams. I really do understand it. Businesses however have a moral responsibility to do the right thing. Most big companies such as McDonalds have massive corporate social responsibility projects which I think are right and proper. Isn’t it about time we see some social and moral responsibility from companies touting their wares to children and to education? I think so.

I realise this post is a bit ranty but I think it’s ok to blow off some steam from time to time. I look forward to your thoughts on the topic.