By Mark AndersonAugust 14, 2017No Comments 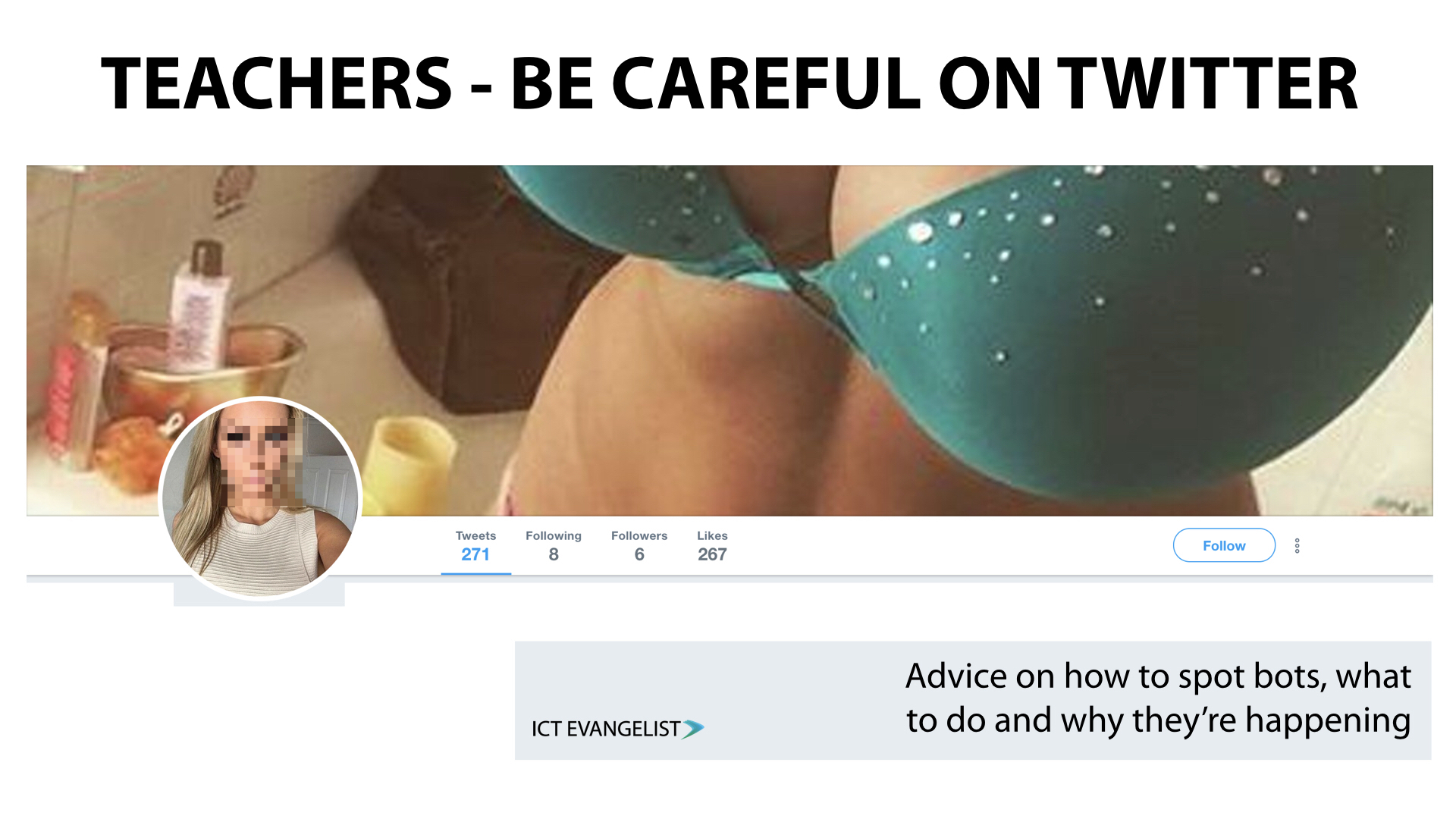 Ok, so please excuse the sensationalist title. The thing is, I am a huge advocate for using Twitter for personalised professional development. I’ve written about it many times as you’ll see from this link. With guides to help teachers get started with Twitter and lists of people to connect with and follow, it’s a great place to meet and connect with other educators to support each other. The network after all, is more powerful than the node! One of the biggest challenges that Twitter faces however is the problem of bots. A bot is an automated account that can be used to boost follower numbers, help fake news trend, promote a product, change the shift in an election, all sorts! The creators of these bots pool them together to form botnets so that their influence and impact can have a wider ranging effect. After all, just one bot isn’t going to change the course of an election – to think it isn’t happening would be incorrect too as you’ll see from this article on the Washington Post. 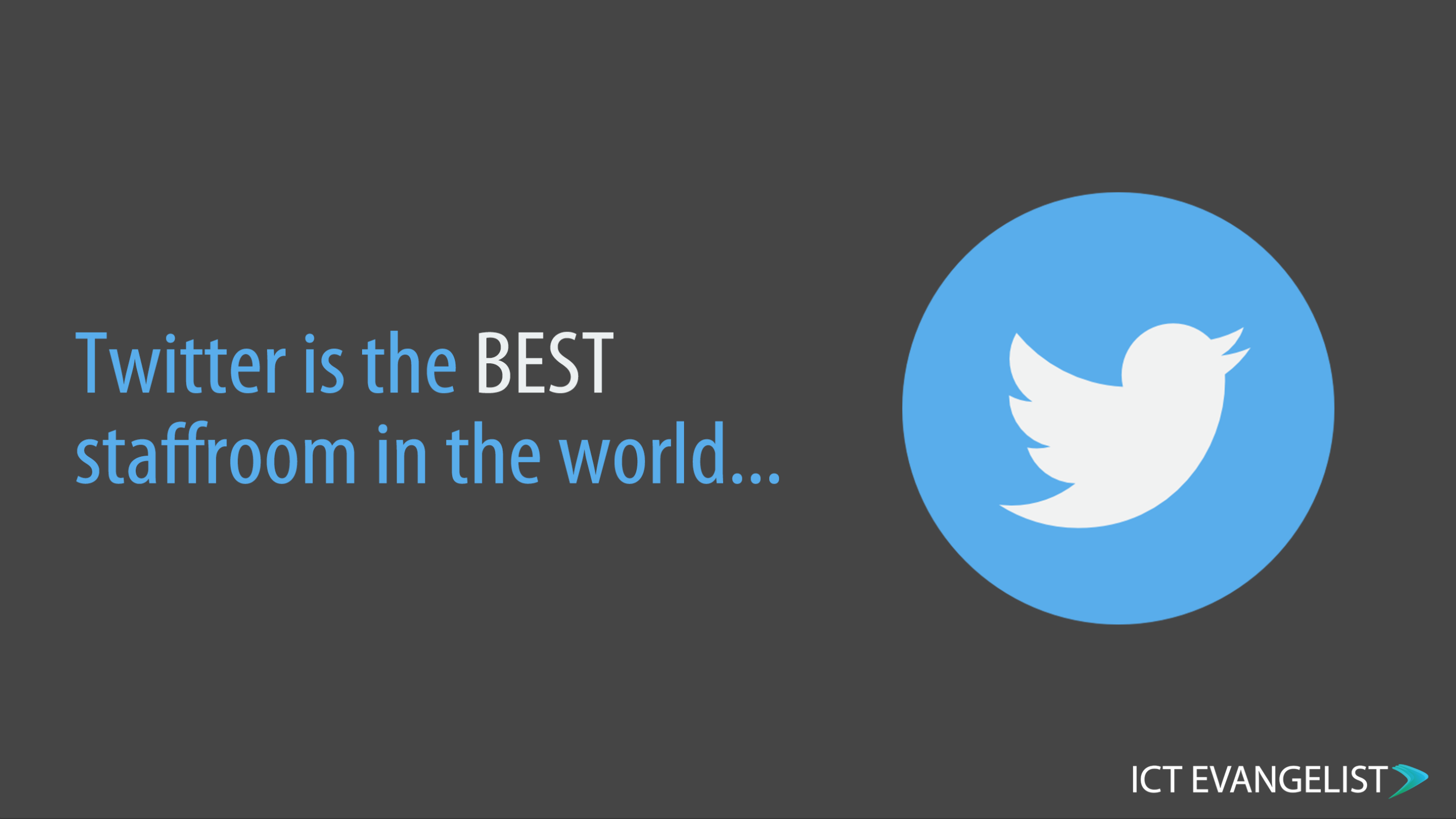 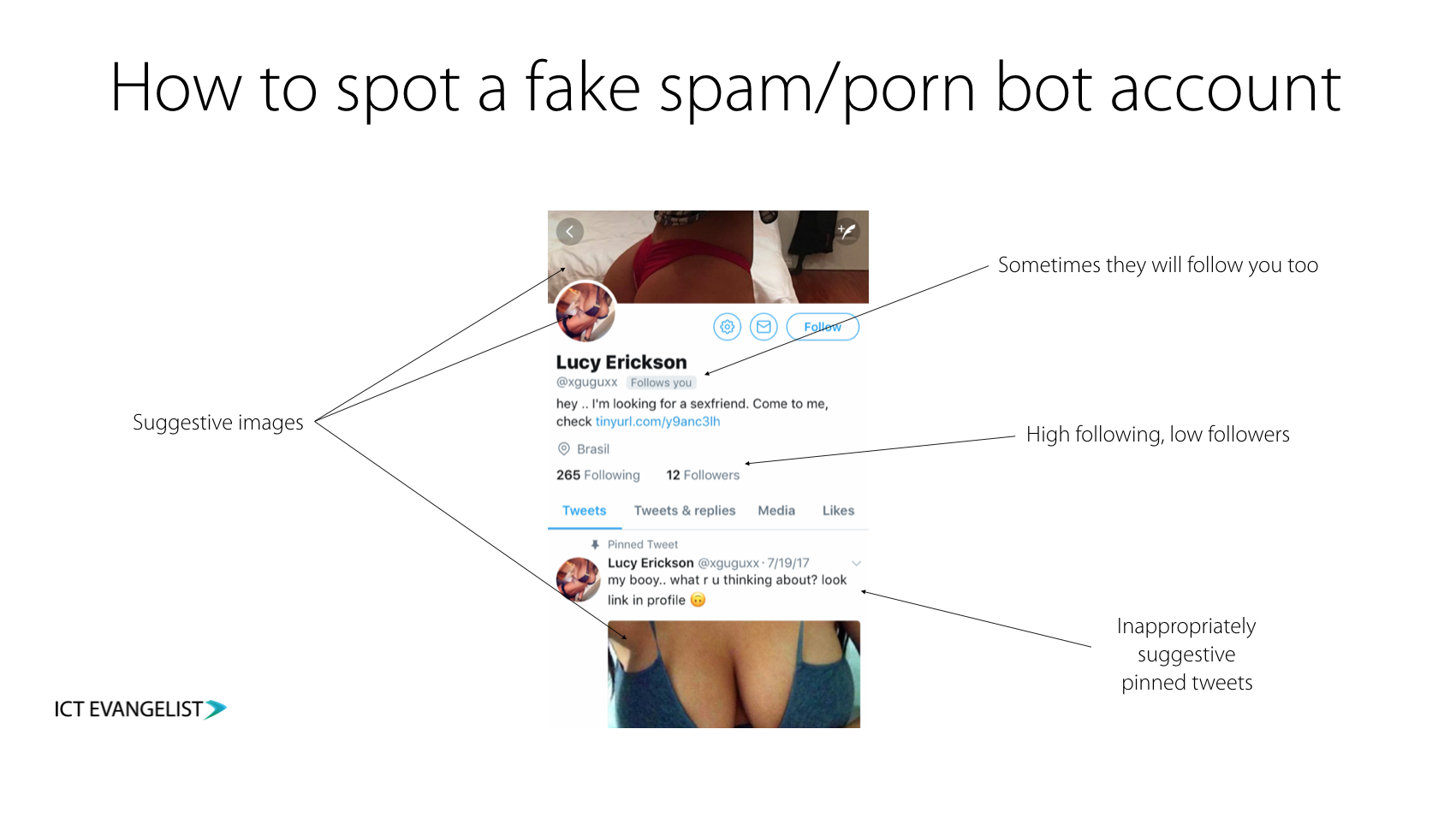 Another way in which these accounts can attempt to draw in traction to their account is to mention popular tweets such as this one of mine which was quote tweeted: 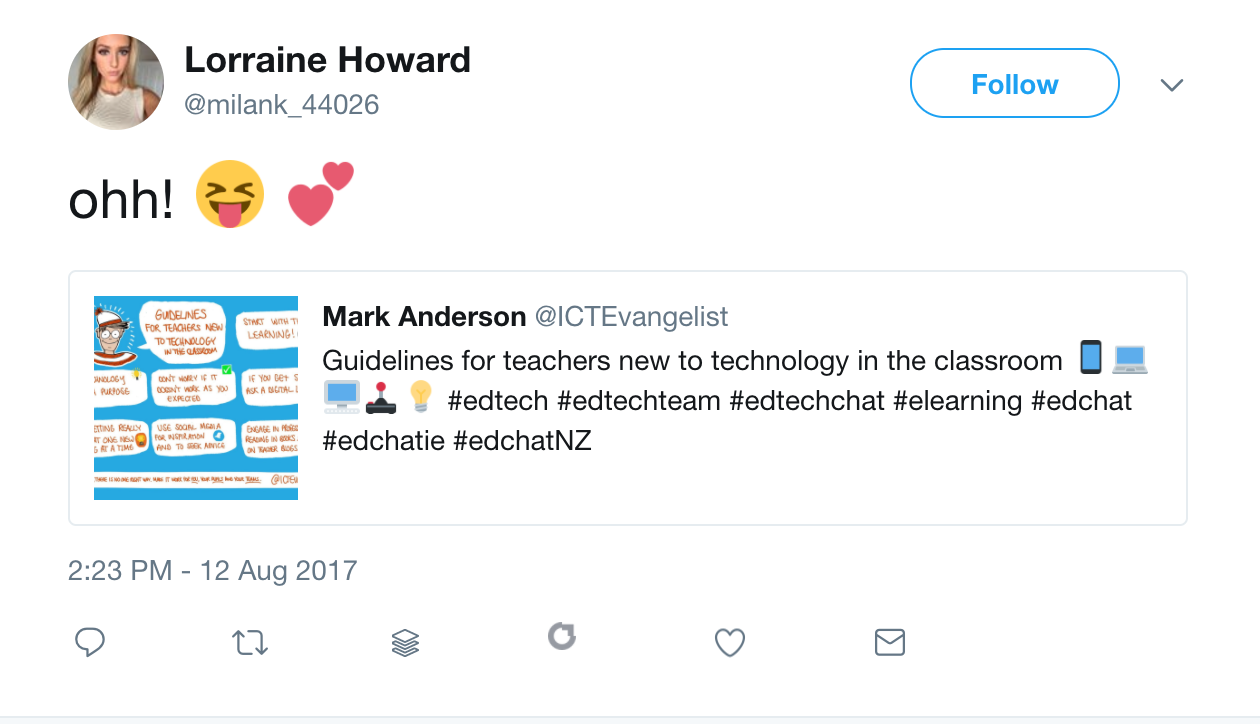 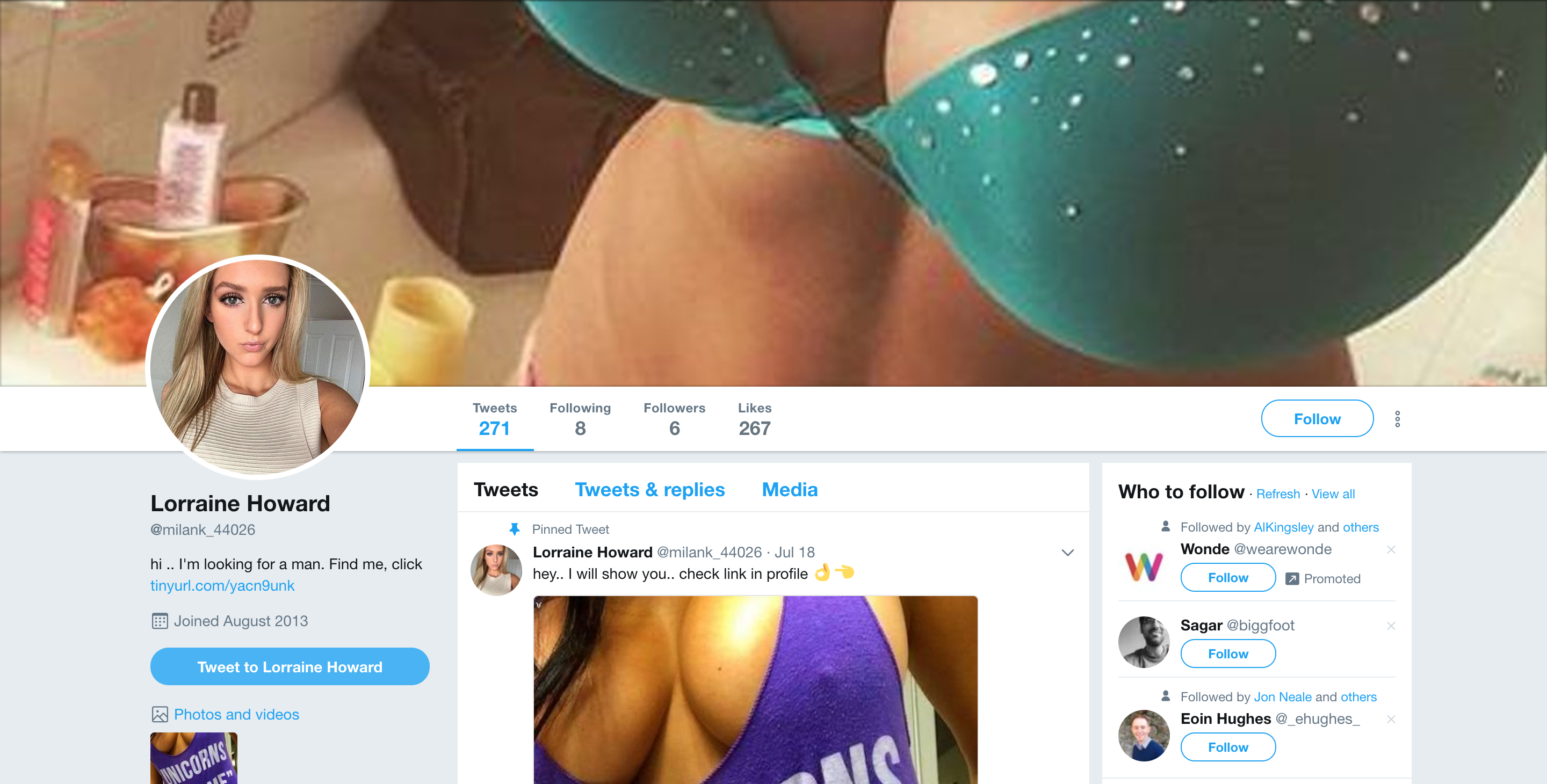 Well, what becomes concerning is when teachers see an account like this and a quoted tweet on something they’ve tweeted and think ‘ooh, that’s nice of them‘ and they subsequently then ‘like‘ the quoted tweet and ‘retweet‘ it too. If you think this is something that is farfetched, in my research for this post I’ve found a number of  prominent edu-tweeters who have liked tweets from pornbot accounts and retweeted them, such as @Andy___Buck who kindly allowed me to share his example of how easy it is to fall into the trap.

Andy promoted his Leadership Matters website on one of his tweets. This was picked up by the bot and quote tweeted as you can see below: 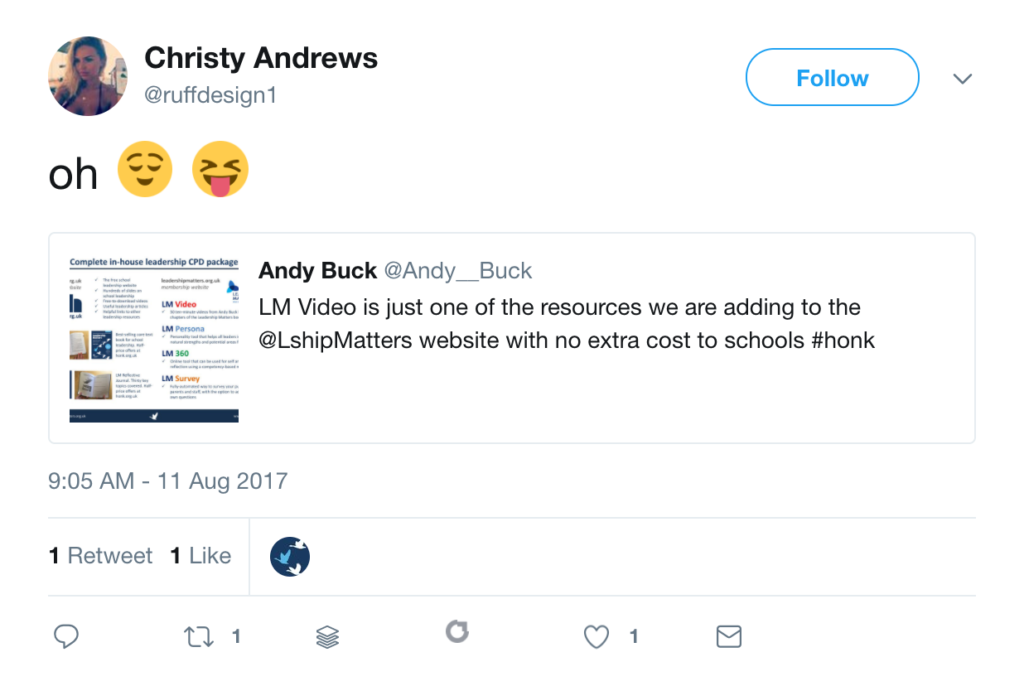 On first glimpse it doesn’t look too bad albeit the girl in the photo could have had a more appropriate photo as their avi. Seeing this and wanting to support his business, Andy then liked and retweeted this tweet: 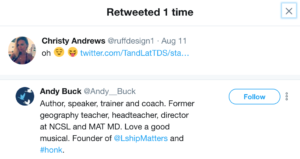 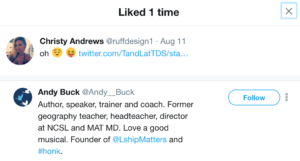 Now Andy has been very kind in permitting me to share this; fair play to him! That said, it isn’t just him! I have found many other examples where teachers, senior leaders, middle leaders and more have liked and retweeted these accounts. Ignoring them is one thing but having their tweets showing on your timeline is far from ideal.

I would hope that if a teacher did this in a school and a senior leader became aware about it from a parent, that common sense would prevail in the ensuing conversations but how many times would it not? I dread to think what could happen if the likes of the Daily Fail took it upon themselves to ‘out’ someone who has done this. Add to this I’ve seen accounts of teachers from very strict countries such as the UAE who have been liking and retweeting these tweets too. How would it reflect on teachers in a culture such as that of the UAE if teachers had been retweeting or liking posts from a pornbot account?

As reported in this Engadget report ZeroFOX, a social media focused digital security company has been looking at the rise of pornbots on Twitter. It was specifically exploring one called SIREN, named after the Greek creatures who lured sailors to their deaths. The SIREN campaign is reported to have included 90,000 accounts producing 1.5 million tweets. Apparently the accounts were able to generate 30 million clicks! This is not a small phenomenon! ZeroFOX submitted their report to Twitter who have now removed all of those accounts and blocked all of their links too. It is clearly still a problem though as the examples I’ve found have all happened in the last few weeks.

Well there’s little you can actually do if you have a public account. Your tweets and messages are in the public domain. That’s why it’s so important to be mindful of your audience. I always recommend not posting anything you wouldn’t be happy for one of your pupils, parents, Mum, Head or CoG seeing. That should really be a given. For basic help in getting started with Twitter please check out my introduction to Twitter post and crib sheet in this post here.

When it comes to engagement with bots my advice is clear:

Reporting an account is relatively easy. On their profile simply click on the 3 dots next to the ‘follow‘ option in your browser and choose the report option. That’s also where you’ll find the blocking option: 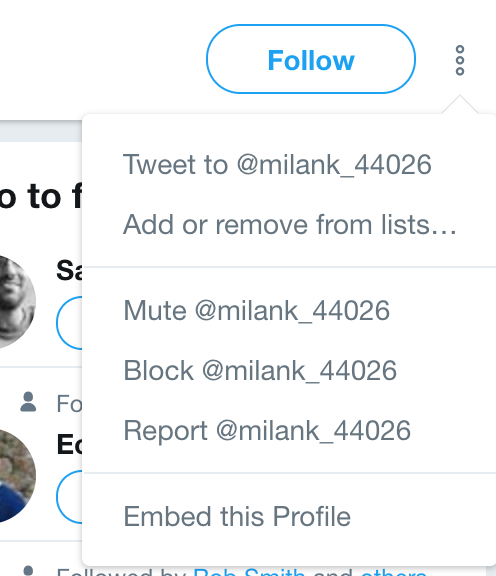 I hope that you find this post useful. Please take care in your use of social media. Like most things online it can be absolutely amazing but the flip side is it can be dark and downright nasty. Navigating it is your responsibility and you should be mindful of your interactions online. Further information on how you can protect yourself can be found on Twitter here: https://support.twitter.com/articles/76036.

Thanks again to Andy Buck for allowing me to use his example.