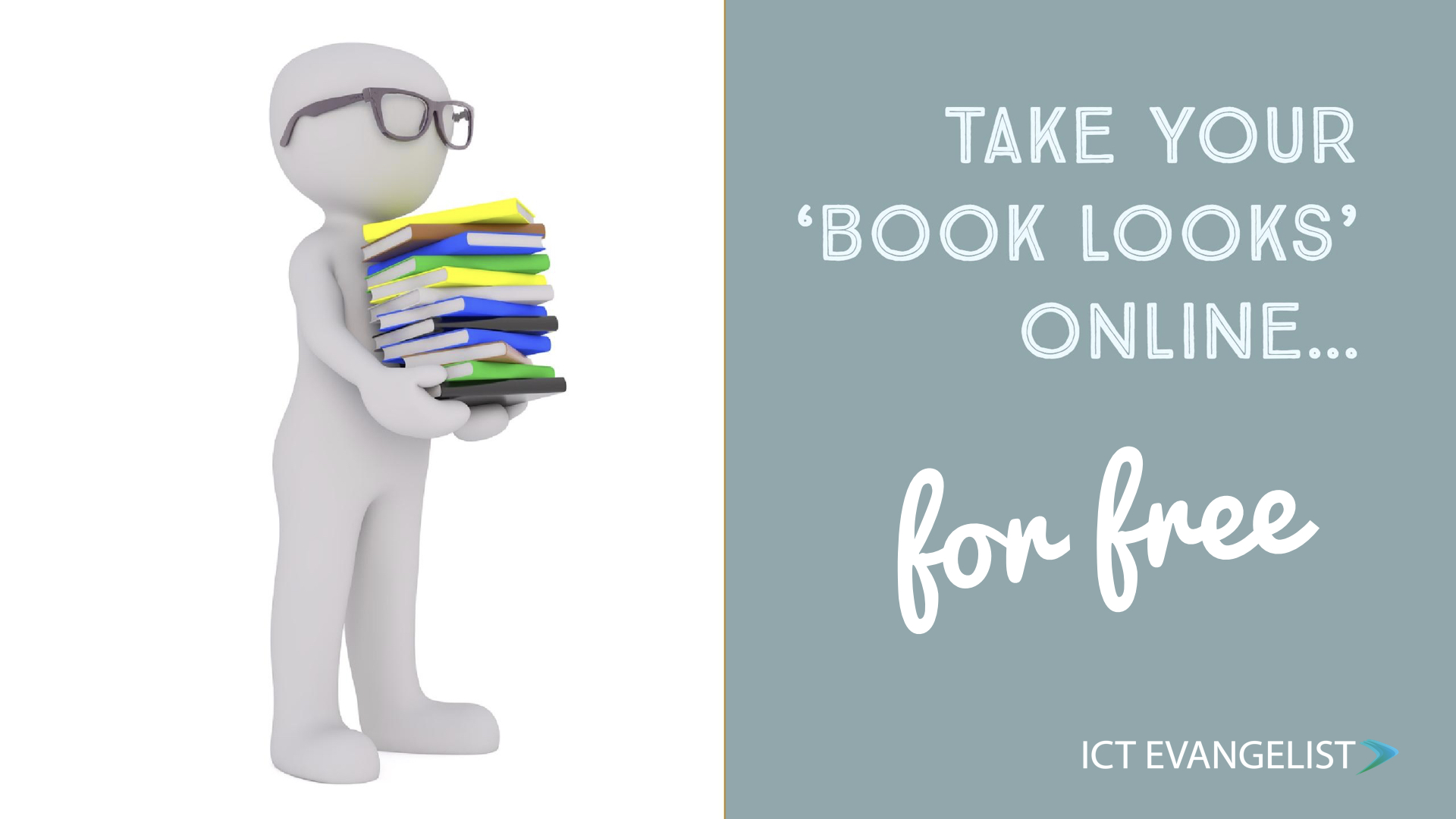 A part of the work a good school does is check that the processes and systems are being consistently applied. One way that many schools do this is via a trawl through student / pupil books. Collating all that information into one space using paper based methods is laborious and time-consuming. It makes absolute sense to leverage technology to facilitate openness, transparency and collaboration.

I saw a question on a group on Facebook recently asking about ways in which different schools approach ‘book scrutiny forms’. I suggested rather than doing it with an official form, why not do it electronically with a tool such as Google Forms. You can:

Book looks shouldn’t be about catching people out, more like catching them in if anything else. Quality assurance is important, we should all agree on that. Doing it in an open, simple and effective way using a tool like Forms is easier than using a paper based method; and we all need a bit of easier. You could even have colleagues do their own entries or use it as a tool within teaching and learning communities. It’s up to you.

A long-time fan of Google Forms, I’ve created an example of a form you could create to keep quick and simple records in one place of what is going on across your school. You don’t have to use the headings I have around LO, SPaG etc. In fact I would encourage you to choose your own.

I could have normally embedded a Google Form into my post to show it you but because I’ve used the option to allow images to be uploaded you can’t embed the form. Click here to view the form. 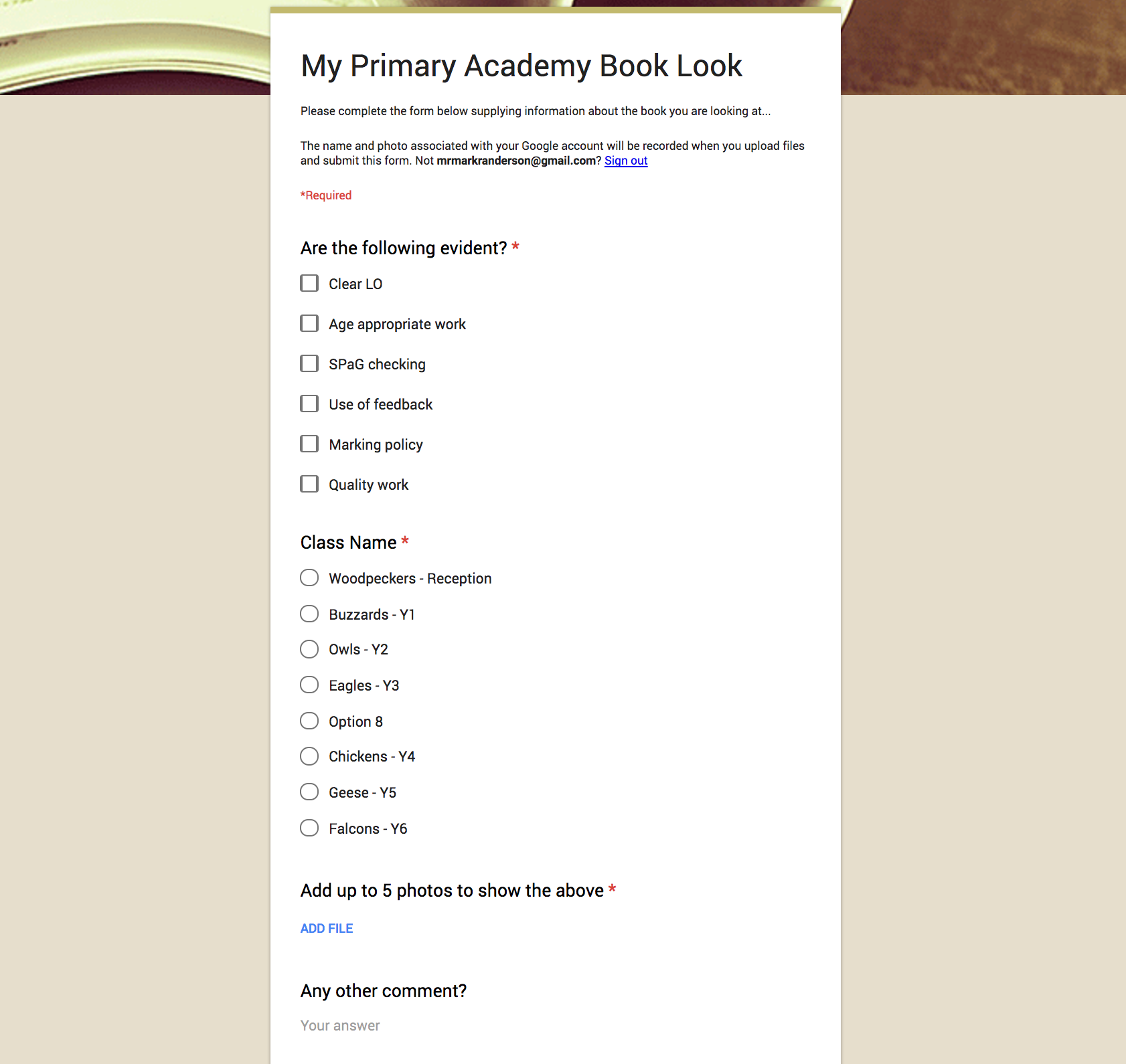 You can choose with the form to keep responses within the form or to additionally have them sent to a Google sheet. All files uploaded will be sent to the Google Drive of the account which created the Google Form.

If you’re not au fais with Google Forms then give it a shot. There are so many ways it can be used inside the classroom, including self-marking quizzes which, if you’re a Google Classroom user is even more helpful.

If you want some further reading around Google Forms I would check out Alice Keeler’s huge amount of resources here. Additionally Tom Barret’s classic curated ‘Interesting ways’ series has loads of great ideas on how you can use Google Forms to support learning: 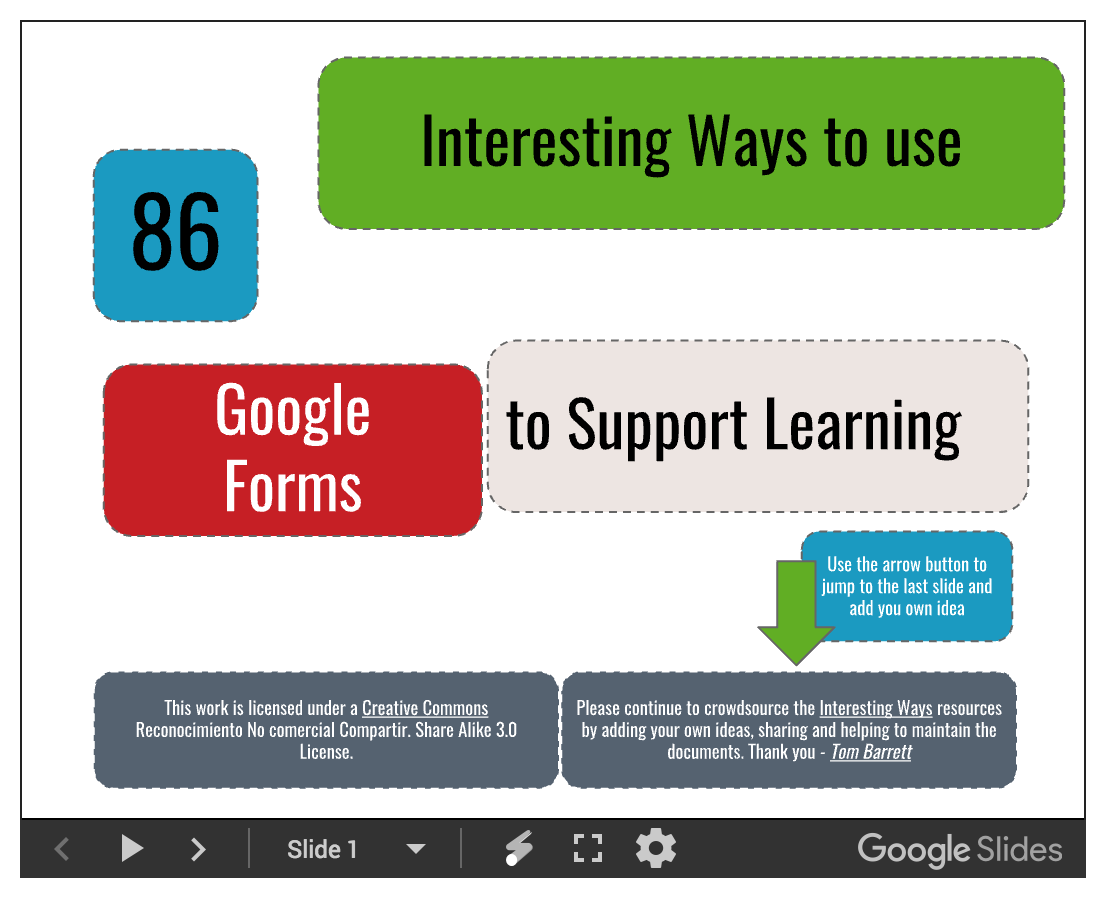 Note, if you’re not a Google Suite for Edu school and use Microsoft Office 365 for example, you can pretty much do the same thing using Excel Surveys or Microsoft Forms. One difference to note though is that they do not yet have the feature to upload files that you have with Google Forms. You could counteract that using other Microsoft methods such as a specific OneNote Class Notebook or a specific Teams thread and if you could set it all up in Sharepoint but for the smaller school I just like how easy it is with Google Forms.