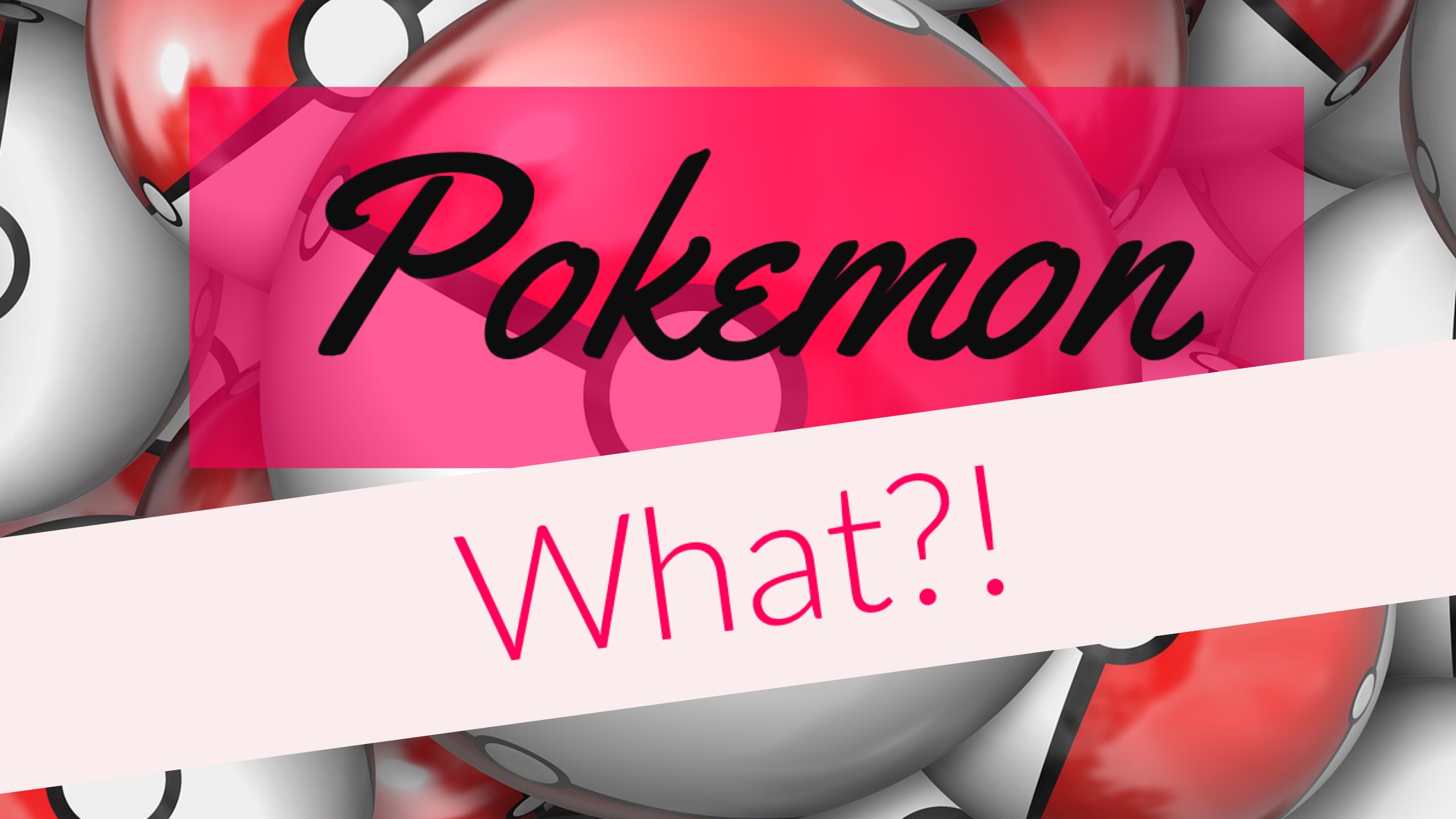 I’ve just been catching up with my timeline following some recent conversations around using Pokemon Go as a tool to engage learners in the classroom. It first hit my attention when I received an email yesterday that Debra Kidd had written about it and then a short while later I had another email saying that Sue Cowley had blogged too which was on the same topic.

As someone who seems perpetually stuck on Level 9 with only a few measly Pigeotto’s to my name, I don’t really get it. I’m definitely in the adult camp, but do I see it as the relevant or irrelevant camp?

All I know is is that if I ask a child to do some descriptive writing, perhaps asking them to write a user guide for an adult on how to play Pokemon Go versus asking them to do something less interesting to them, let’s say ‘the local park’, I know which would get the better care, attention, detail, so forth and so on. I know which would engage them more in the activity. I know which would entice the child to complete better work and demonstrate the learning more clearly. I don’t think we are asking kids to learn about Pokemon we are taking the interest children have in that arena and linking it to the things they need to learn, e.g. times tables, so forth and so on.

I was lucky to be working in Hong Kong recently and as I sat in the reception area at one of the schools I was working at, I saw a mother give her child her phone. The mother was about my age the child was about 4. Now this isn’t the forum to be discussing whether or not giving a child your phone to play a game as a pacifier is the right thing. Neither is it the post for me to be discussing the validity around the discussion of digital natives and immigrants. That said, the child was adeptly unlocking the phone, finding the right app and working their way around Pokemon Go like a pro (and on Level 15 too!).

If we as adults choose to follow the lines of making curricula completely about the curricula and not making it relevant to the child, I seriously think we are missing a trick. As for the debate around it, I would argue that those teachers in their twenties who are posting their innovative, engaging and relevant to children resources might have a thing or two to tell us bloggers, speakers and educators who are in our forties and more. That’s not to say that we don’t have a few things to share with them too, we can all learn from each other! Every day is a learning day after all! 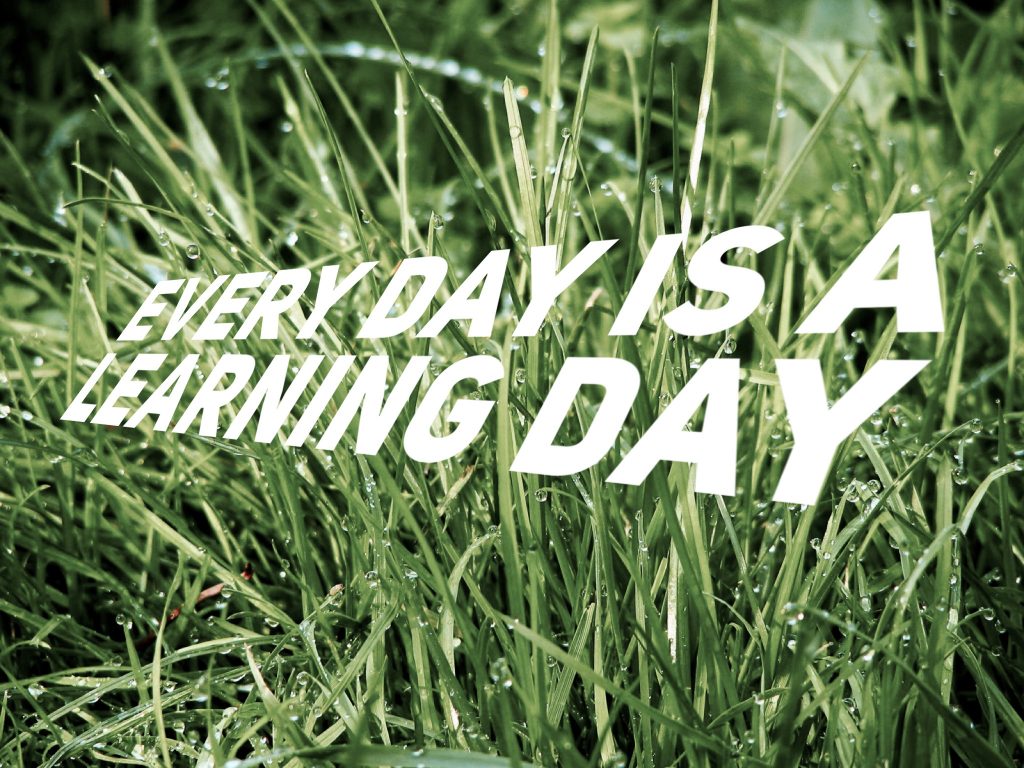 As educators we have to work things in our classroom that work not only for the children but that sit well with us in our frames of reference and our comfort zones too. If both of these camps do not meet then the chances are it won’t work for either groups – the educators or the children. If we can however find a balance between the innovative and relevant opportunities for young learners and us as adults, then we are far more likely to see it working for us all in the classroom.

Anyone can pile into a heated debate on Twitter or other social media and very often the blunt, abrupt and quite often rude approach by some of the social media ‘blob’ can put off people from sharing their work. For me, I’d say keep on doing what works for you, in your class, with your kids, in your school, from your background.

Debra wrote ‘context is king’. I would agree with that but add to it we should think about our context in an informed way. Sure, use our local context as the vehicle to support our choices, but balance it against the things that we know work too. Space that learning, test on extended time-scales, revisit, pursue HOTS, use ‘so that’ in our learning intentions to make them explicit, etc. Let’s not let ourselves get so caught up though in things that as old fogies aren’t actually relevant to us. We are the leaders of pedagogy, the kids are leaders of what is relevant to them – let’s start marrying those two things together. 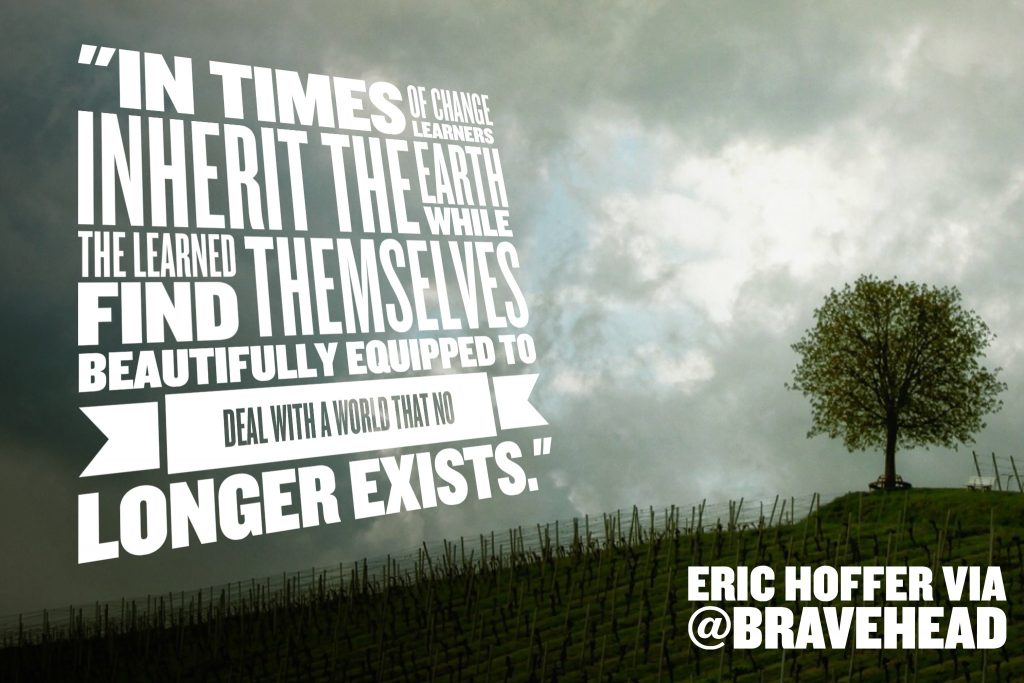 If not, the quote above from Eric Hoffer that I learned via Dave Harris “In times of change, learners inherit the earth while the learned find themselves beautifully equipped to deal with a world that no longer exists” might just come to fruition.