By Mark AndersonMarch 2, 2018No Comments 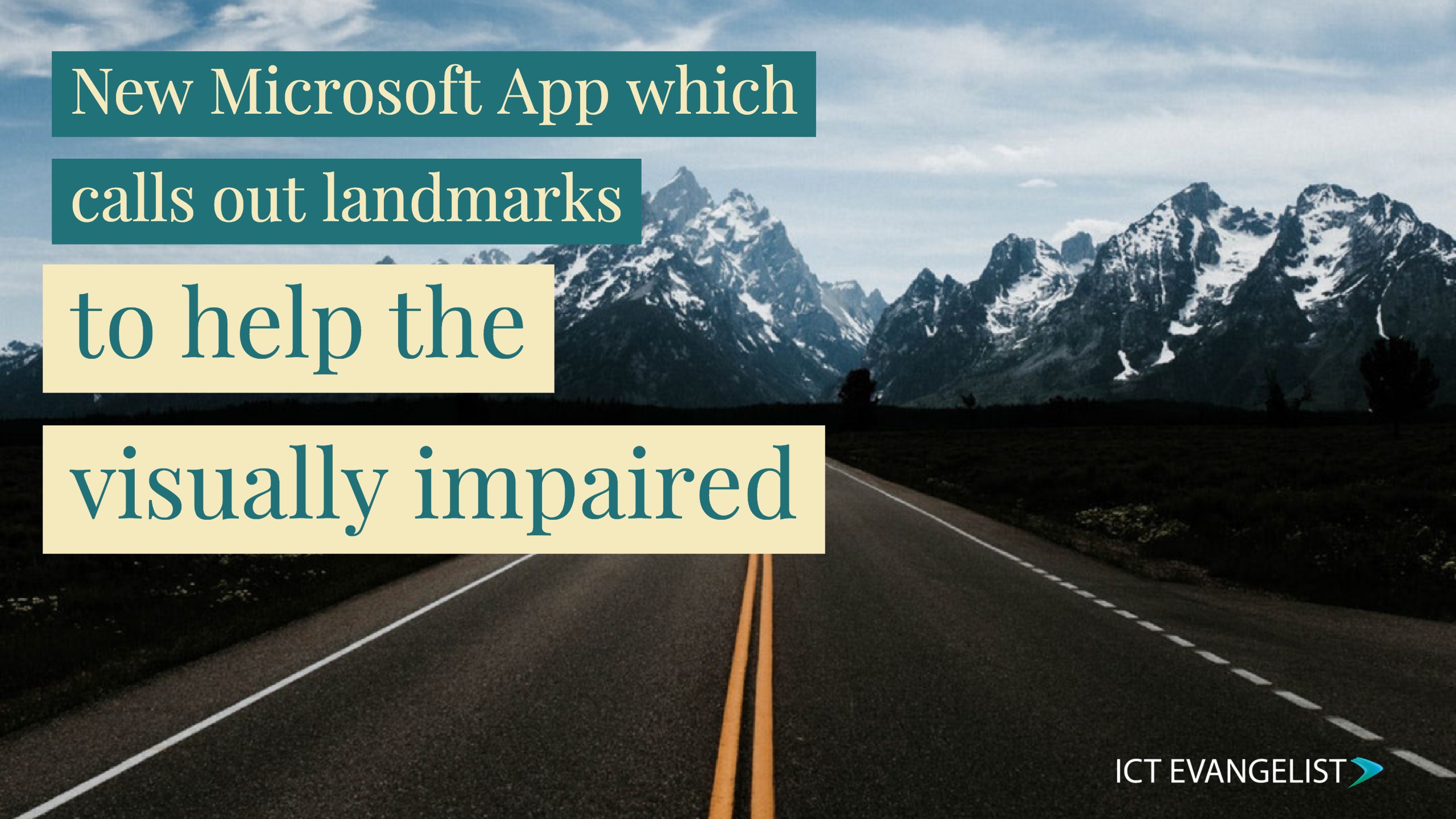 There’s no getting away from it, Microsoft’s focus on driving new technologies forward to help those with accessibility needs have been pretty groundbreaking in recent times. The Immersive Reader that works within Office Lens is one such example. Simply take a photo of a document within Office Lens and have the built-in Immersive Reader read the document to you. Add to that the recent launch of the Seeing AI app which featured in my January Newsletter which can describe scenes around you amongst other features; Microsoft are working hard to improve accessibility for all.

Yesterday, Microsoft launched another new app to help those with visual impairments. The app, ‘Soundscape‘ aims to improve navigation by improving perceptions of the surrounding areas by calling out information about the surrounding scene. It is available from the App Store and is free with an age rating of 4+.

They describe it thus:

“Soundscape empowers more people to explore the world around them through a 3D audio experience. The app enriches your perception of surroundings as you walk, helping you get where you want to go. Rushing between classes, going for coffee with a friend or touring a new city with the family are all common experiences that could be more rewarding and cause less anxiety for nearly 300 million people with sight loss worldwide.

Microsoft’s technology enables you to set audio beacons at familiar destinations and landmarks, and then use 3D audio cues to improve your ambient awareness as you make your way to the destination. By simply connecting a stereo headset, you can explore the outdoor world with more independence. With 3D audio, the sounds are perceived as coming from the point of interest, so the user can build a mental image of what’s around from the sounds in the environment and the Soundscape app.“

Such is their commitment to these kinds of endeavours, it is really heartwarming that, like the Seeing AI app and Office Lens, these are apps that are being designed for iOS first. Yes… that’s right… Apple who are Microsoft’s competitors are having apps developed by Microsoft for their platform before anyone else. Now that’s commitment.

What can it do and how does it work?

The audio that is read out to you about what is around you is read using 360° audio. That means that for example if a landmark was to your left, you’d hear it in your left ear. If it is behind you, it’ll sound like it’s behind you. You get the picture.

Another great move by Microsoft to help everyone with their assistive technology. I’m really impressed! You can download the Soundscape app for free from the App Store here.