My presentation from #BettFutures – Getting impact with technology for measurable outcomes 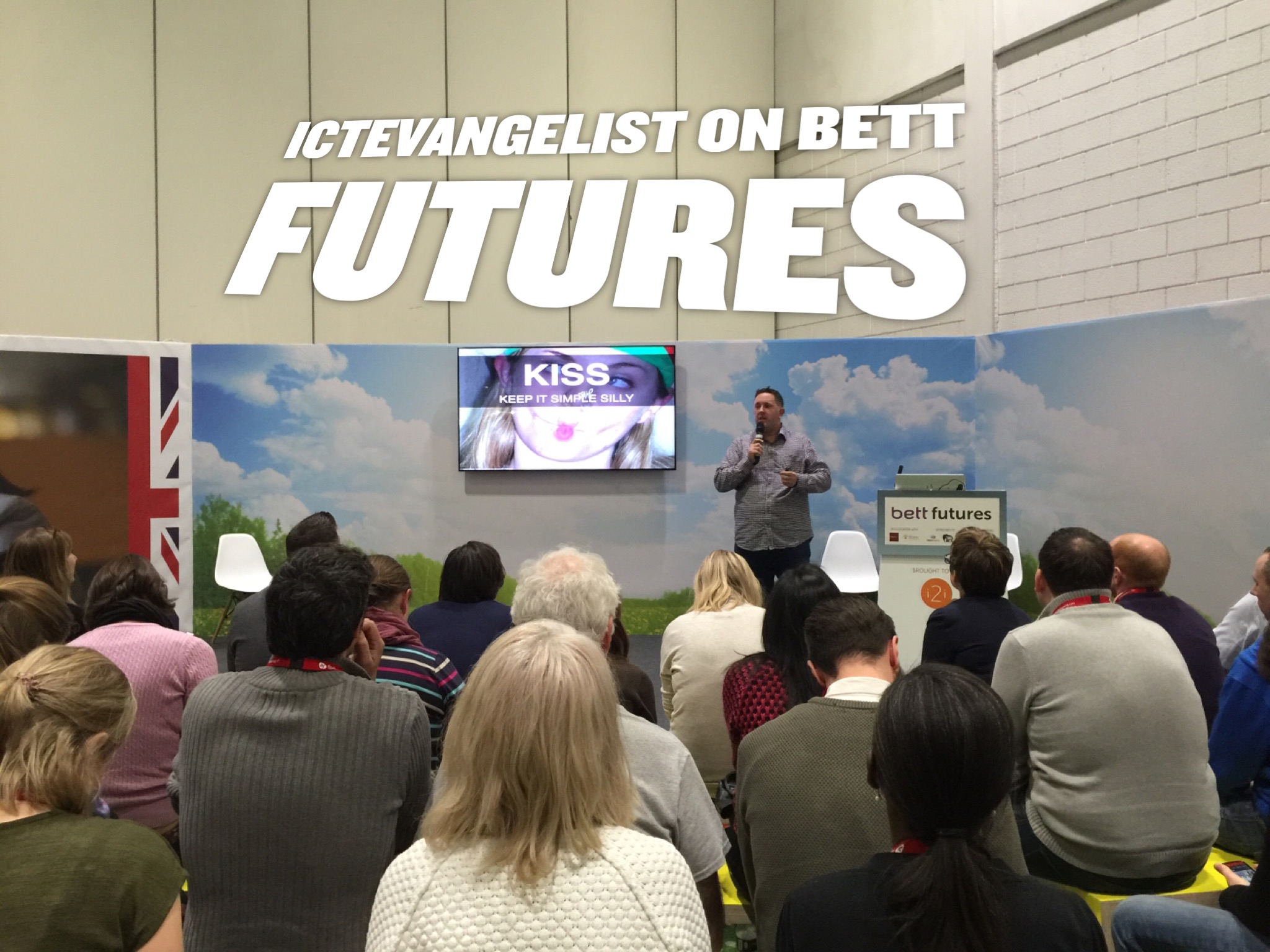 Bett was simply brilliant this year (again!). One of the first things I saw when I arrived made me smile a lot. I had been messaged a number of times about this but I had yet to see it for myself:

Bonkers to have my face on the cover of the @Bett_show magazine. #bett2016 pic.twitter.com/pmZ8s2oOPS

Bett Futures was again for me one of my favourite areas at Bett – heavily attended, great conversations, awesome innovation. I was asked to host two events on the Bett Futures stage back to back. One of which was #BettChat Live which apparently trended which is great news for an event in London. That session was then followed by a keynote looking at ways in which you can get impact with technology.

I will be sharing my various presentations across a number of posts and will do this in chronological order. With this being the first keynote I did, I’m adding it first.

Thanks to the hundreds of people who came along to listen, engage and share with me in this session. Your support is very much appreciated. There were some lovely tweets shared.

If after attending my session you would like to work with me, please get in touch via my contact form.

At #BETT2016 @ICTEvangelist – just mentioned the brilliance of digital leaders in school. My 11yo will be delighted! pic.twitter.com/RnFXSTwTvS

Be consistent in your use of tech with your students, doesn't confuse students more tips from @ICTEvangelist at #bett2016

Last year we were at the back, this year we made sure we got to the front! Thank you @ICTEvangelist for a fantastic prez #bett2016 #impact

Listening to @ICTEvangelist discuss what works in the classroom. Love the idea "flip the flip" – kids make resources pic.twitter.com/zK8A4Rl86t

I look forward to seeing you all on Bett Futures again next year!