If you teach Computing or STEM with iPad, you probably need an Everything Machine 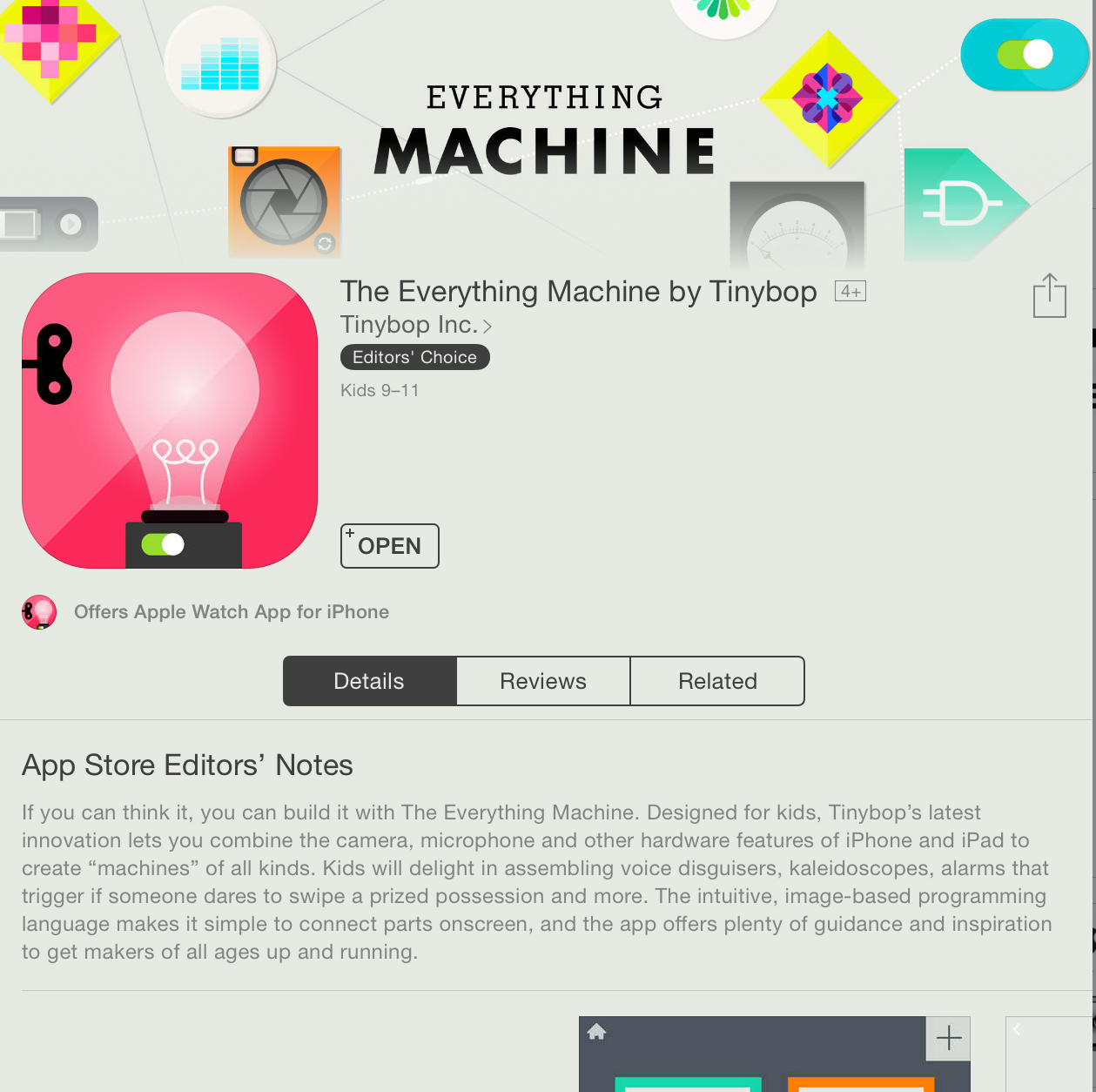 The iPad is one hell of a device. I’m not the first person to say it or think it but there you have it. It really is. Yes, competitors and Android fans will tell you that their devices have done it for years, but it’s never been quite as good as on the iPad.

One of my favourite uses in Science I’ve seen in recent years was where an old colleague of mine used an app that measured motion using an app by swinging an iPad on a pendulum as part of one of his Physics lessons. Sometimes he just threw the iPad across the classroom too. Phenomenal (although make sure if you repeat it you put it in an Survivor case!).

A new App on the App Store caught my eye last week. It’s called ‘The Everything Machine‘. It gives users the opportunity to invent and create so many cool little algorithms and sequences within it that react with the different sensors and other elements within the iPad. It is just too cool for words and I can imagine it being a massive hit for teachers and kids alike.

You can use the gyroscope, camera, mic, screen, speaker and light within its own visual programming language. It is fab! 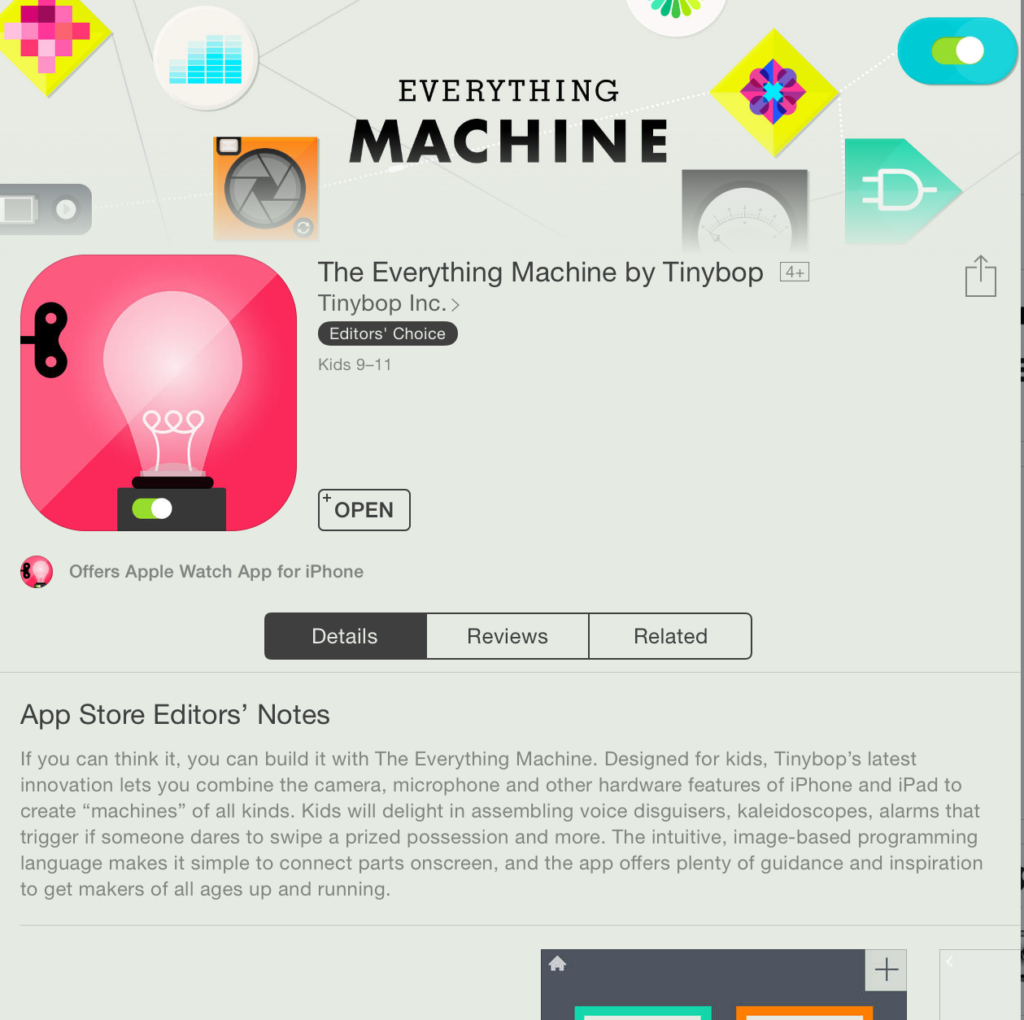 Someone I am sure this App would really resonate with is Australian educator, Paul Hamilton. He’s been doing some cool work looking at DoNote, IFTTT and how it can interact with your Apple Watch. One of the outputs for ‘The Everything Machine’ is the Apple Watch. I can’t wait to see what he and others invent using this App.

Check out some of these algorithms and see if you can work out what it can do…? 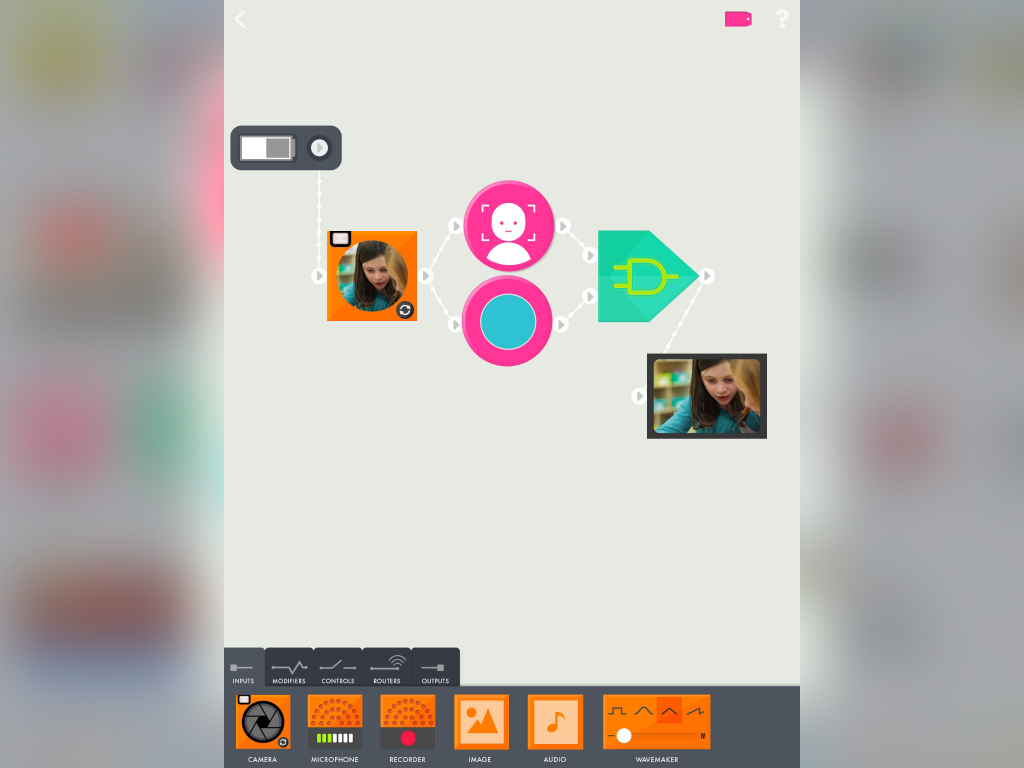 That’s right – in this example, the camera has a face recognition element in it and so when the program recognises a face, it takes a picture. Not bad eh? 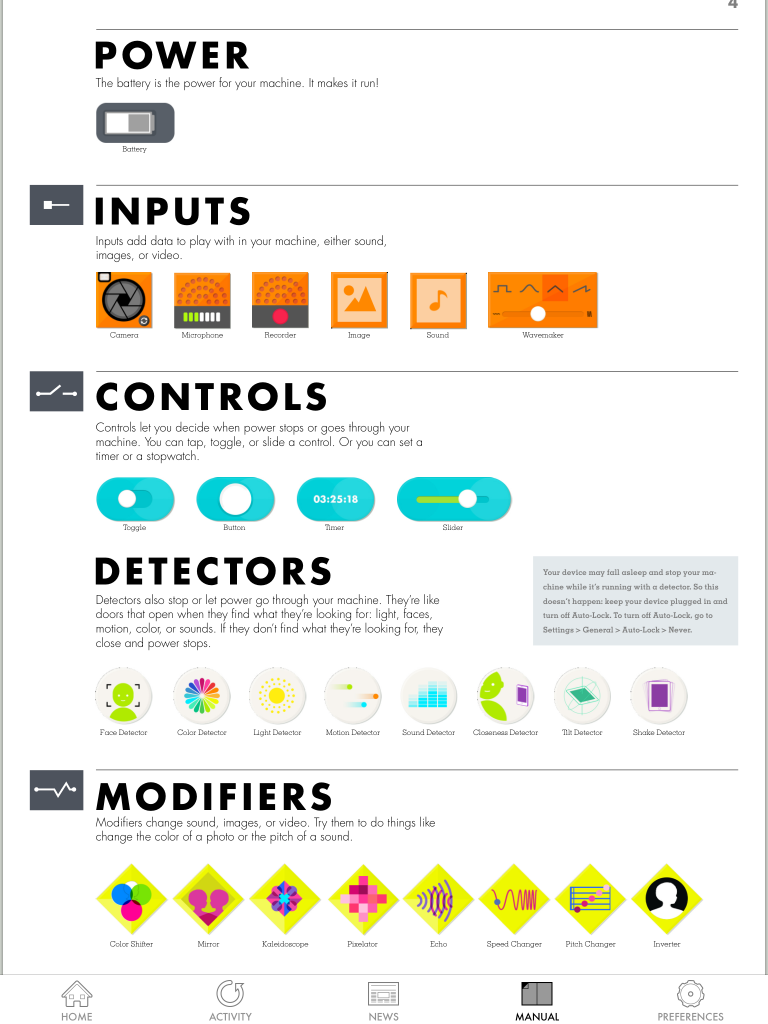 The App has a variety of inputs, controls, detectors and modifiers to include in your programs alongside some routers, logic gates and outputs for you to choose from.

Now I realise that the interface is a bit ‘kiddy’ but let’s not kid ourselves here. If you are looking for some serious coverage of the programming element of the Computing curriculum at both KS1, 2, 3 and even 4, then you have got some great value for money here even if it does cost £2.49 (£1.25 on VPP). If you’re an iPad school looking to engage kids with some pretty cool inventions of their own – I think The Everything Machine is pretty awesome. 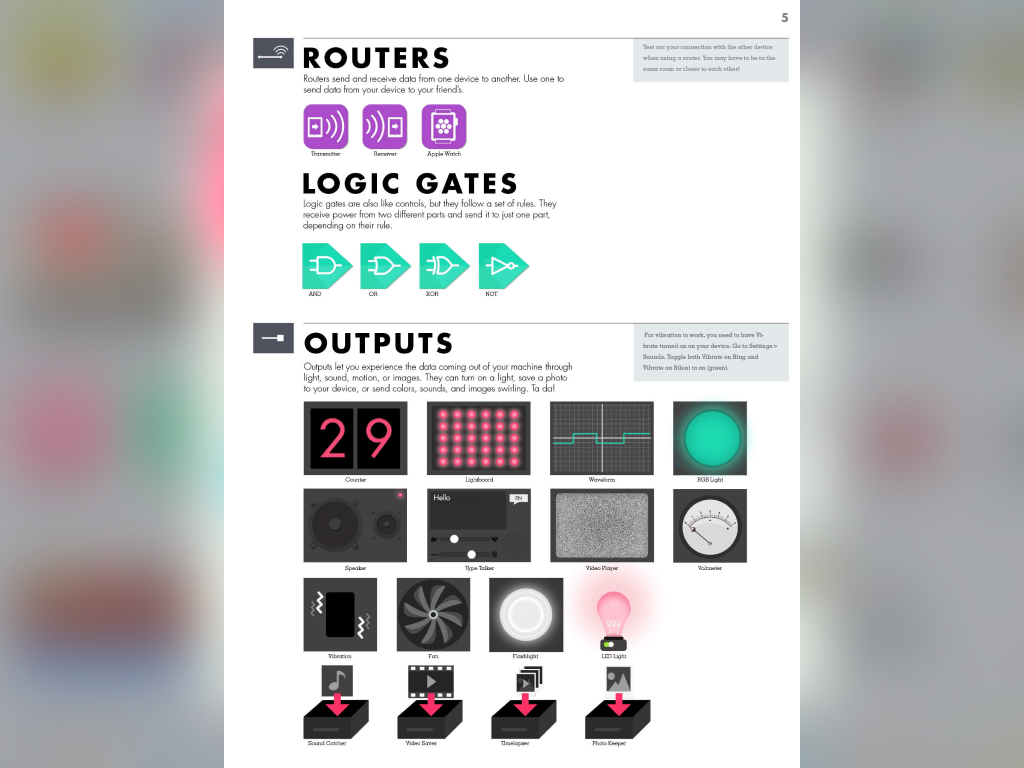 I’d love to see what inventions you can come up with. In the meantime have a look at the demo video for the App. It’s pretty cool.

Disclaimer: I purchased this App myself following finding it on the App Store. I am not writing this post for anyone other than you, reading it now and others like you who love learning with technology.

If you’d like to find out more about my ideas on purposeful use of technology in education, I am available for Inset, training and more. More details can be found here.