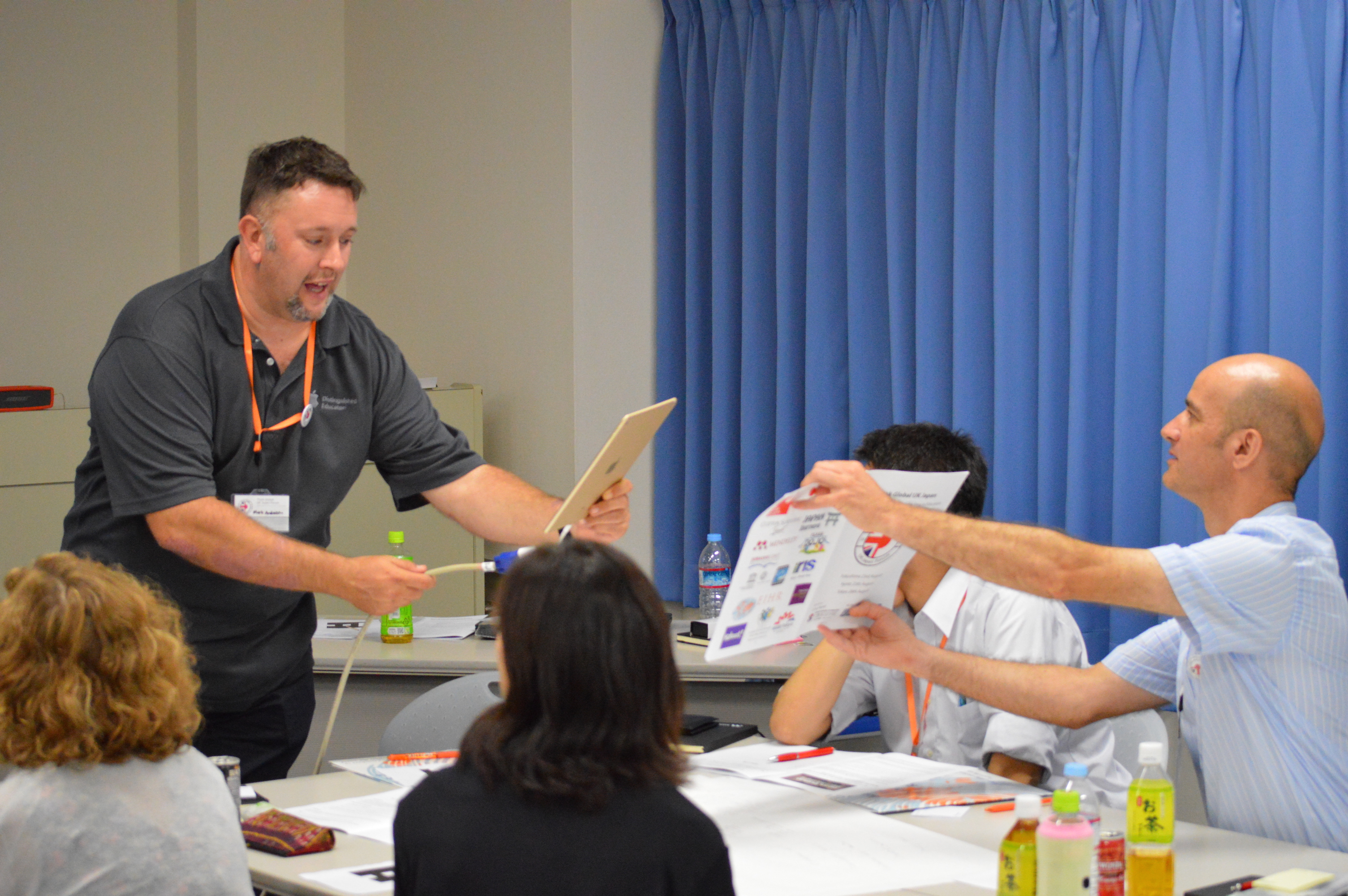 As I sit here in a Starbucks just outside Yasaka shrine in Kyoto, Japanese capital of peace and bliss (envisioned by Toyotomi Hideyoshi in the late 16th century) walking around and seeing the mix of old and new, I realise not only how fortunate that I am, but also think about the trip I’ve had here in Japan so far…

I’m travelling with my English companions, looking to develop and foster a spirit of sharing and collaboration across our cultures and countries. The project is called ‘Think Global’ and I wrote about the project previously here. So far we have attended a conference with Japanese colleagues in Fukushima and just yesterday, here in Kyoto.

The four sessions we are running look at a variety of topics such as communication, human rights education and in my case the global classroom and using technology to break down the confines of the walls of the classroom.

Surprisingly for me, the culture here is very much one which is at the cutting edge of technology but unlike its public face with there being more selfie sticks (amongst the kimono’s) the use of technology isn’t that prevalent in schools. One thing I have noticed here in Japan is the massive influence that culture and rules have upon behaviour of the populous. Perhaps this link to tradition is what holds back these more progressive types of learning? I will have to investigate further.

In my sessions we’ve looked at augmented reality such as Anatomy 4D and Quiver; connected toys such as Ozobot and Sphero; tools to support teaching such as Post-it Plus; Plickers; Kahoot; Explain Everything; and of course, ClassDojo. We talked about the power of sharing too, both for learning and as a professional, so some Japanese colleagues are setting up blogs to connect the schools together who have signed up for linking up UK & Japanese schools as discussed here.

The lack of access to technology in their schools however was a little surprising. Not so surprisingly but far more than in the UK, but phones and other devices are banned in most schools. Not the way forward for a technology enhanced curriculum. It’s been a really enlightening trip in more ways than one.

It’s our ‘day-off’ today here in Kyoto and so I’ve done a little travelling. As I visited Heian Jingu Shrine (Shinen) I wandered around their beautiful gardens. I smiled at some of the translations particularly ‘Do not touch life in the pond’…

As I’ve wandered the streets of Japan, tasted their food, engaged in and respectfully recognised their traditions, I’m hoping that some of the work I have done has touched their lives too. The glimpses and stories along with their hospitality, humility and respect we have seen from the teachers of Fukushima and Kyoto (and soon Tokyo) have broadened my ideas, thoughts and practice. I hope that our stories have had the same impact upon them. I hope that unlike the sign in the Heian Jingu Shrine gardens, we have touched their lives, just as they have touched ours.