A thank you to my Dad and Mr Eggles and the importance of challenge in education. 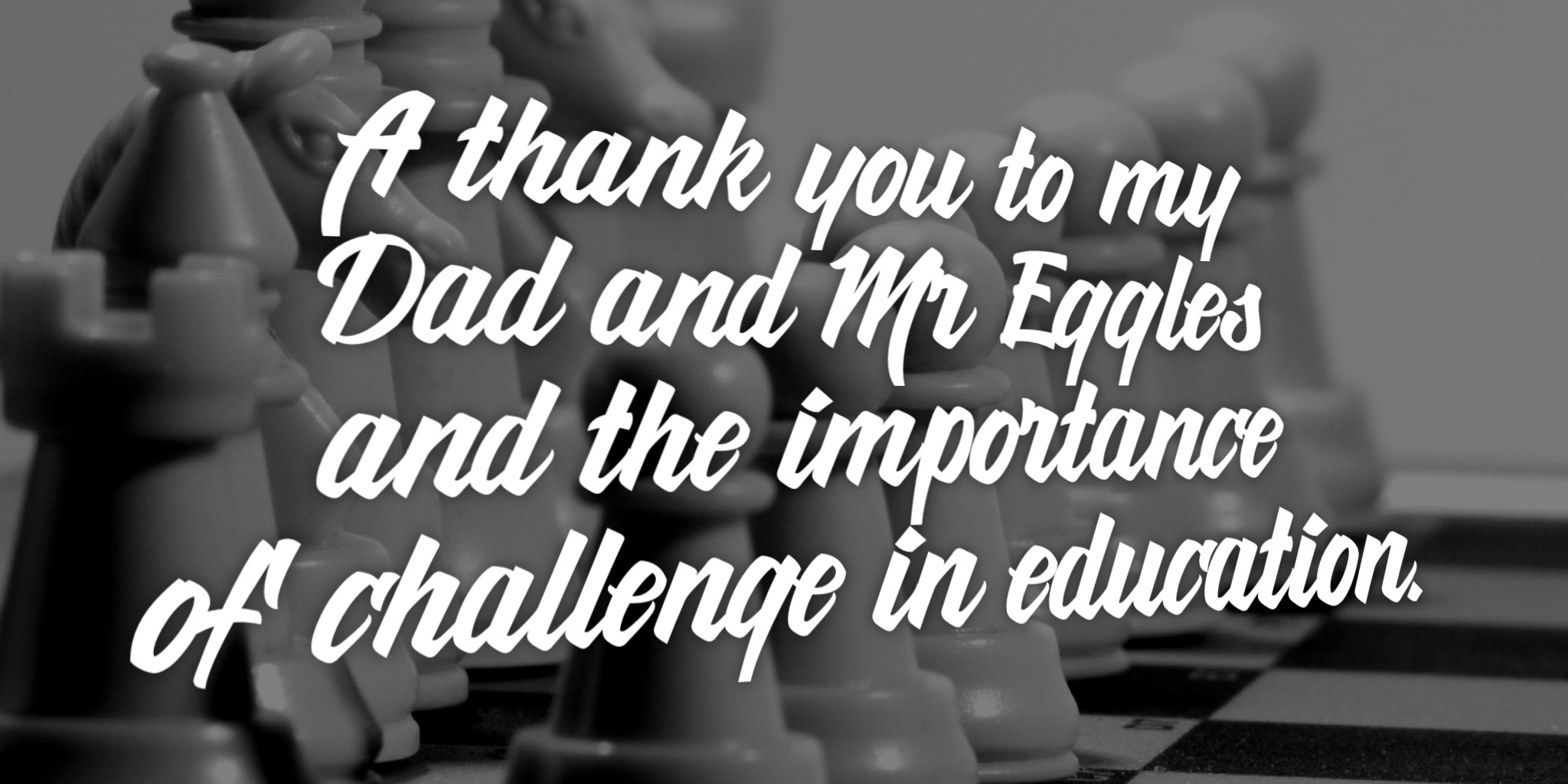 Many years ago, I was a member of the Boys’ Brigade. It formed an  important part of my formative years, given that I was a member from the age of 5 to 18. As you will hear in my podcast with Pivotal Education this week, it was my involvement with this organisation that inspired me to become a teacher (more on that in another post one day, maybe).

Whilst I was at secondary school, I was in the Senior section of the Boys’ Brigade. This saw us meeting twice a week on Mondays and Thursdays. Monday nights were for recreation and sometimes the odd badge class and Thursday nights were for drill, band practice and, if time allowed, a few games. Two of the games we often played were Table Tennis (that is Wiff-Waff to the posh people reading this) and Badminton. I really enjoyed both of these games as I could at least hit the ball or the shuttlecock. One of the Officers there was a man called Mr Eggles, and boy was he good at both – he used to whoop me every time we played either!

My Dad was an avid Chess player. As a child, he taught me how to play. Like Mr Eggles, my Dad was really good at Chess. My skill in the game improved each time I played although regrettably, I never got to beat him. We played the occasional game even as adults but that elusive win never came. My Dad is no longer with us and so I will never get that opportunity to beat him. Fortunately however, I did at least get to beat Mr Eggles at both Badminton and Table Tennis in my latter teenage years.

The fact that both these fine men never let me win was a source of frustration and annoyance but, as reflective, adult, education professional, I am able to look back and thank them for that challenge. We had fun, grace, and I learnt loads despite not always being the victor. With every loss, when I look back, came more determination to win and as a result, growth.

Throughout my career I have had the pleasure of working with thousands of children, many of whom are now adults themselves. A significant number of children in my classroom haven’t always relished being given a challenge. Very often I found myself having to instil and develop attitudes of resilience amongst students who would have preferred to have been teacher led in their learning rather than working hard to find a solution to a problem they would look to be given the answer by their teacher. Jim Smith has great responses for those children who say ‘I don’t know’: ‘Well what if you did know? What would that look like?’, or, ‘What if I gave you a million pounds to give me an answer. What would your answer be then?’

There are other popular tricks of the trade to help elicit understanding, debate, discussion and learning around topics such as Think, Pair Share. We all have these pedagogical top tips up our sleeve. I guess what this post is about, is that it is a plea to not succumb to the pressures of spoon feeding children with their learning; be it from the children or your leadership teams.

In this time, when we are inspired by the likes of Tim Peake; those who are once again stretching the limits of what man can achieve, it is absolutely our role, as educators, to challenge the children with which we work. Children are not buckets to be filled but fires that need to be lit through engagement, grace, fairness and more than that; a healthy dose of challenge. Without this, their full potential may never be found as we only find our limits when we push beyond them. For that, Dad, and Mr Eggles, I thank you.