By Mark AndersonDecember 1, 2016No Comments 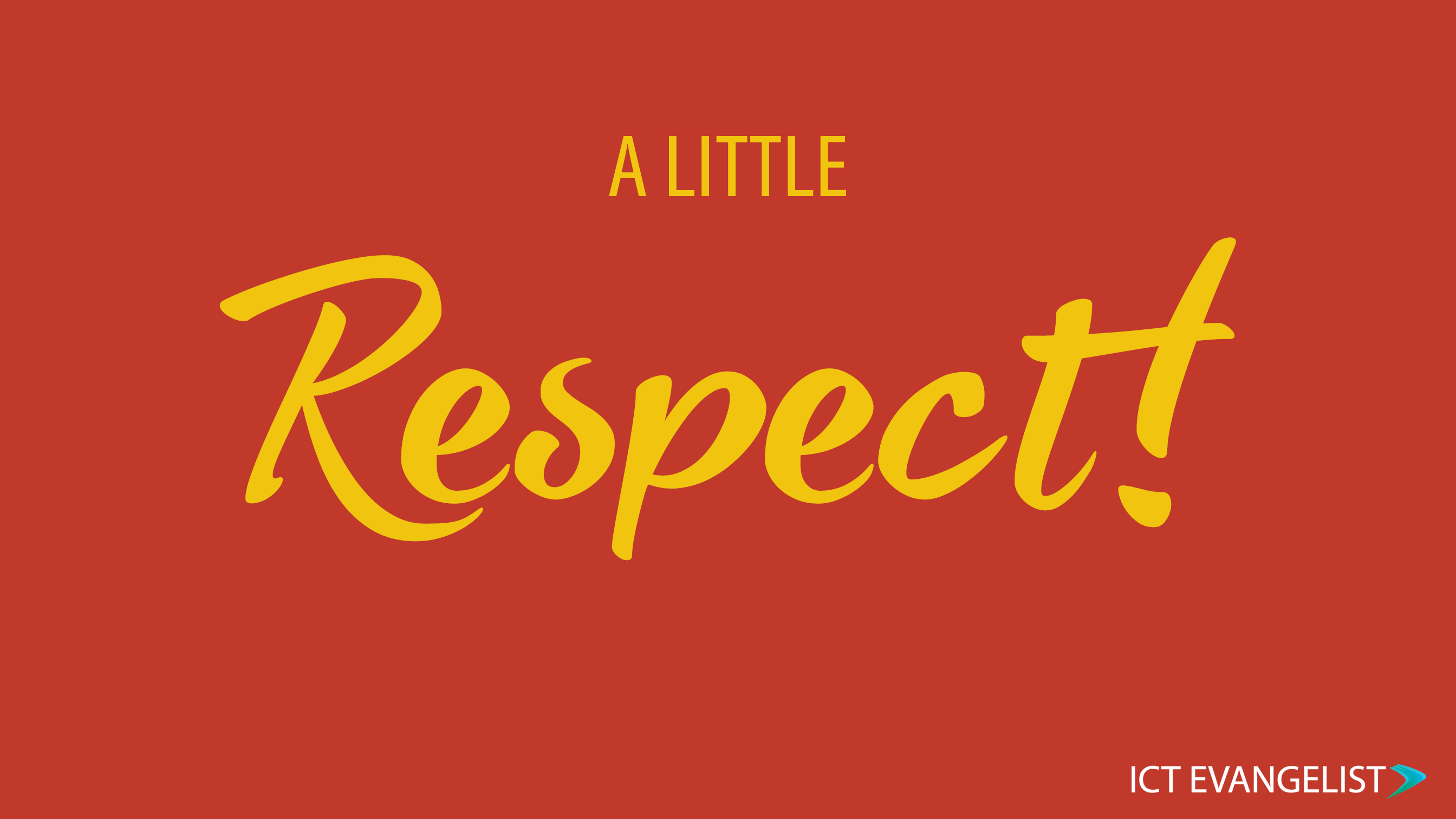 How do you interact on Twitter and other social media? 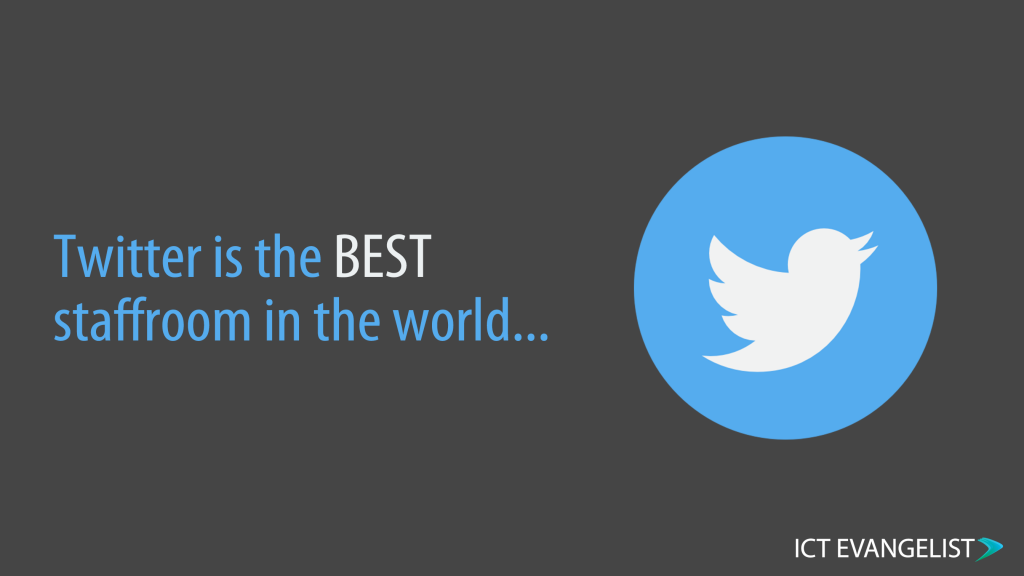 I have said for a long time that Twitter is the best teacher staffroom in the world. Why? I say this because the people frequenting Twitter are those that are seeking out resources, networking opportunities, looking to help other teachers and learn and develop together. Back when I was working on my first iPad 1:1 rollout it was connecting with other educators from around the globe that helped inform the work that we did in the school. There weren’t many other schools internationally that were doing the same thing and so Twitter formed an essential part of my learning around this area. It helped not just me but the school as a whole and subsequently the learning taking place in the classroom and the children in the school too. I obviously paid forward through the sharing that I put on to ictevangelist.com and on to the iClevedon site. We learned together. We shared together. We moved forward together.

Over the years a culture of trolling and berating educators on Twitter has developed. There are massive polar debates such as whether you should be a traditional or progressive educator. One trend I have noticed in these ‘debates’ is that the camps can sometimes be very rude and disrespectful, certainly not the behaviour of professionals. I have also seen bad language being used in messages too. This is not professional behaviour. For my part, I think the strategies involved in both camps have merit. For me, being a teacher is knowing what strategies there are and how to deploy them so that when you are in the classroom, when you are planning your lessons, you are able to masterfully craft the learning experience so that you can make the best choices for your pupils in your classroom in your school on that day. Those people who have ever taught multiple groups the same lessons will know that two lessons are never the same, despite the content.

This post however isn’t being written to discuss the merits or otherwise of different methods of teaching in the classroom. This post is about how we as professionals interact publicly whilst using social media.

I propose that we have some kind of a code of conduct. If your school or establishment is on top of its game then chances are it’ll have a social media policy anyway but as professionals we can do this for ourselves. If as a profession we want to be treated seriously then perhaps we would do well to be a bit more professional in the messages that we put out there.

Freedom of speech and all that, but we can do so much better.

For many teachers, tweeting and sharing an idea from their classroom is a big deal. I have spoken with NQTs who have been trying to use Twitter for inspiration who have shared an idea and then been shot down by more experienced teachers with larger Twitter follower numbers who have been left demoralised and really upset. Is this the profession we want? Is this the best staffroom in the world? No it is not. Education and technology (and let’s face it, whether you’re a so called ‘trad’ or ‘prog’ we are all using technology to help us in our debates) are a massive force for good. Let’s keep it that way and help move our profession on in a collaborative, respectful and meaningful way without the rudeness, backbiting, poor language and behaviour which demeans the profession. Let’s have a little respect. 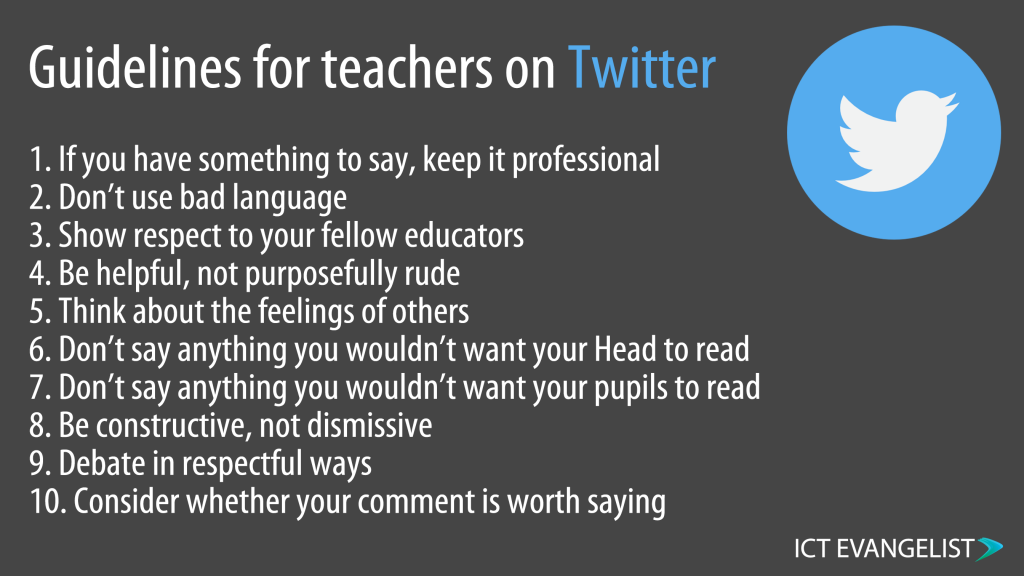 Further to posting this I was reminded of a project I completed with my digital leaders around digital citizenship when I worked at Clevedon School. Still just as relevant (and thanks to Ty Goddard for the reminder) perhaps we should follow the children’s advice and THINK before we post / use social media >>

To finish off the post I thought what better way than to sing it out with a bit of Aretha Franklin!