Progress in my classroom with Socrative 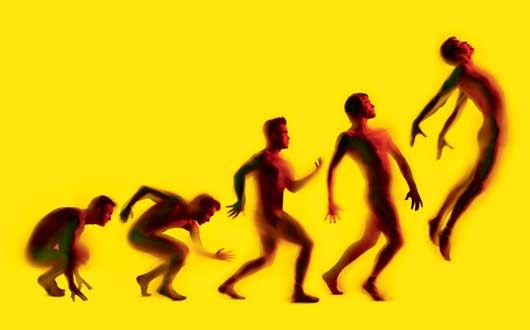 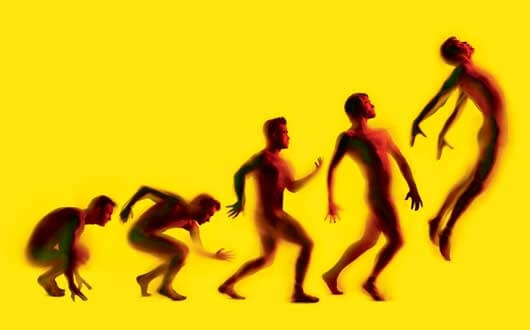 How many people in this month’s blogsync are going to use this image in their post? Quite a few I imagine, because like in many classrooms around the country, I suspect progress looks and sounds the same. “They know more now than they did when they came in.” I’d like to think however that we can see progress in many different ways and that we can measure it in a number of different ways too. A student’s happiness in their learning, their ability to apply new learning, their ability to share their knowledge and understanding with others, their ability to regale that knowledge and understanding or that skills 2, 3, 4 weeks, 5 months, 2 years down the line. Progress comes in lots of shapes and forms. The thing is, the phrase that many people think of when thinking about progress in education is the phrase ‘rapid and sustained’ progress.

Recently there has been lots of discussion about this topic, for example here: http://dailygenius.wordpress.com/2013/02/12/the-myth-of-progress-within-lessons/ and here: http://learningspy.co.uk/2013/02/14/can-progress-be-both-rapid-and-sustained/ – and in many ways, I tend to agree with David Didau’s assertions in his post.

For me, rapid and sustained progress is not something that can happen at exactly the same time, but they are definitely things that you can see at the same time when looking in on a lesson when looking at a practitioner’s work. When it comes to rapid progress you can see this in a single lesson context because the practitioner can bring about learning opportunities for this to take place. In a single lesson context however, sustained progress is something which can only really be seen over a period of lessons. If you’re observing a class on a single lesson basis and it’s something you’re looking for, then as a class teacher it is important (and not just for the big ‘O’) that you have good record keeping. See ‘sustained’ section below for an expansion on this.

This is the sort of progress that you (should) see in all of your lessons. Students are taking on board new knowledge, practising new skills, sharing new information; turning what for them is essentially data at the beginning of the lesson, be given contextualisation from the resources and support structures you have provided whilst being that ‘guide on the side’ and turning it in to new information. Activities such as those I will go through below will show that rapid progress can be seen in the course of a lesson.

Sustained progress is something again which you can see over a period of time if you:

…and this is something I do for all of my classes. It’s important.

In my post for blogsync however, I thought I’d go through one of the ways that I provide opportunities for students to have big progress wins in their lessons with me so that opportunities to learn are explicit, shared, owned by all and demonstrably more powerful than just me being a sage on the stage who tests students at the end of the lesson.

I have a class that is completing a Computing course. It is highly technical.  I was looking for new ways to measure their performance, check their understanding and support them with opportunities to practice their analytical programming skills away from the actual programming interface. I also wanted the activities to be differentiated with the sky being the limit and for students to know explicitly the topics to be covered, that the audience for their work would be the whole class and that I would be sharing the best pieces of their work with the world at large at a conference I was speaking at. With the scene set, I set them off on a task using the brilliant free tool, Socrative. This brilliant tool allows you to create a number of performance / knowledge / skill tests that can be completed online. There are massive learning wins possible through this tool – I strongly urge you to look in to it.

The Socrative Space race is good for promoting competition

I wanted students to have a real sense of agency in their work. One of my marginal gains targets is to develop communities in my classes this academic year and so, linked with that, I thought that I would be able to do this through my performance/progress checking process, to facilitate performance measurement in a way which was multi-faceted. Not only was I going to create performance checking tests, but they were too. This would create the sense of agency and community within the group. I also thought this would be a great way of checking their knowledge and understanding by them creating their own test, completing the tests of  their peers, feeding back on the various tests, the process of actually creating their own tests would also check their knowledge and understanding of the various topics by the very nature of them creating their own tests. Part of the preparation process also involved going through previous past questions to look at the ways in which questions were written, the types of language used and the range of options available on either multiple choice questions or short answer questions.

The class both completed and created peer based assessments of each other and some created by me which involved open ended answer questions, multiple choice and questions derived from image response. The classroom action was really powerful. Seeing the students work in this way was something which the class had not explored before, although I have used it to great success with other classes so I was positive it would work with them too.  The tasks were broken down in such a way that students had to create at least ten different questions on given topics. Different types of questions had to be included too. Socrative is great with multiple choice questions as it marks them for you, but I knew it was important for the learning process for them to include short answer questions too. They included open and closed question types. My test also included questions derived from image responses – this is an update coming soon to Socrative which I’m able to access currently ( 🙂 ).

Learning from the process the one thing that I would go back on is that I would ask students to create some detailed mark schemes which would elicit different ‘correct’ answers in more detail for their short answer / open ended questions. This would bring out even more learning opportunities which was missing from this activity.

Is this progress? Has their performance come on further than it would have done otherwise? Some of the questions and sections that the students created quizzes on were actually areas that I hadn’t even covered with them as a class. These were areas that they had taught themselves in order to be able to ask the questions and give the correct answers and mark scheme at the end.

So, going back to the beginning of my post:

This obviously can’t be the only method for working with the students and getting them to perform and show progress in my lessons, but more on that for the future. For now, the students are doing really well, I’m very pleased with the group and that on top of their developing Computing skills, they are also learning some great transferable skills to help them with their future studies both in and out of my subject area.

What I didn’t include as I thought my post was getting a bit long was some of the other things that took place during this 3 lesson, 1 homework slot.

The planned sequence of sessions was not a co-constructed sequence, however, the way I organised it was done in such a way as to appeal to some of the boys in the class who had not been quite as engaged previously as I would have liked. As many will testify to, the Computing courses at KS4 and 5 are pretty technically demanding and as such I wanted to engage some of the boys who had turned off a little bit to the course. Knowing through some anecdotal evidence that gamification of learning can improve engagement of boys, I thought I’d use this method of working with the group.

The other thing I omitted was the refinement loop that took place during this where we used a musical chairs critique strategy as a means of gaining feedback on questions. Students were given the ‘kind, specific and helpful’ feedback framework and were asked to give feedback to two students in the group, sitting down in their chair when the music stopped and then having a few minutes to go through the quizzes and offer some feedback for improving the various quizzes that they were creating. Students then had the opportunity to go back and refine their quizzes based upon the feedback they had received.

Here are some related posts and videos on gamification that may be of interest: